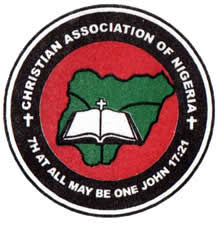 Christian Association of Nigeria (CAN) has described as disheartening and most disappointing for some leaders of the Country to come out boldly to support the gross injustice being perpetrated on Citizens.

This is even as the Association urged all patriotic Nigerians to speak out against what it described as persecutions and illegalities being meted out against Christians in the country.

President of the Association Rev Samson Ayokunle, who made his views known during their National Executive Committee and General Assembly meetings holding in Makurdi, the Benue State Capital however supported Governor Samuel Ortom’s call for social justice for all groups in the country.

Dr. Ayokunle lamented that Benue State was among the most persecuted States in the last six years.

According to him, “States with large population of Christians especially in the North have face the most severe persecution ever seen in the history of Nigeria”

While commending Governor Samuel Ortom for his courage to speak out, urged other patriots to emulate him, even as he again applauded Ortom for not disappointing his people who chose him by taking sides against their interests, “it is not when you die that matters but what you die for”

Responding, Governor Ortom emphasized that he would not be intimidated to accept the injustice which he said was being meted out against the church and other vulnerable groups in the country.

According to him, “the recent letter he wrote to the President was a call for justice for various groups pointing out that unfortunately he has not received any response from the Presidency but rather reactions from those he described as thugs”

He wondered why a military operation on land, air and water would be ordered against those fighting to protect the dignity of their people in the South East while negotiations will be made with bandits and payment made to them with government money in the Northern part of the country.