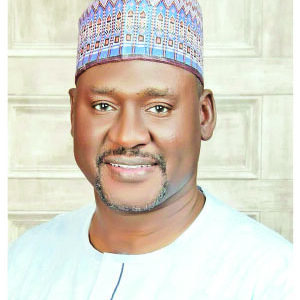 Executive Director of Civil Society Legislative Advocacy Centre (CISLAC), and country Representative of Transparency International, Auwal Rafsanjani, has advised President Muhammadu Buhari to urgently review the National Counter Terrorism Strategy and the National Security Strategy to incorporate coordinated policy conversations, regional coordination and deepen stakeholder scrutiny, in order to halt the growing chaos in the country.  In an interview with Juliana Taiwo-Obalonye, he also noted that it would be unwise if embattled Minister of Communications and Digital Economy, Isa Pantami remains in Buhari’s cabinet.

Minister of Communications and Digital Economy, Isa Pantami, has been seen as a moral burden on the Buhari administration and Nigeria due to his well publicised sympathy for terror groups. Do you think renouncing his past views is enough to retain his post?

The whole country is enveloped in insecurity at the moment. What will you advise government to do differently?

It is the primary responsibility of the government to protect the people and any government that is incapable of securing the lives of its people has lost legitimacy. The government has been completely overwhelmed. Nigeria’s weak state is both a consequence and enabler of the growing chaos. The nature of the conflict is constantly mutating, and new approaches are needed within the context of the geo-political dimensions of the crisis. It is disturbing that the same dismissal that trailed the former United States envoy John Campbell’s book- “Nigeria: Dancing on the Brink”, which drew global attention to the likelihood of Nigeria becoming one of the world’s most religious and violent countries following a breakdown of the political system, the rise of insecurity, economic and state failure- still remains the government’s response to any public opinion on the country’s glaringly failing security architecture. Education in the North has gone from a luxury to a risk. The life of a growing child has gone from horrible to horrible and short. The morale of the frontline soldiers is at its ebb.

There is a pressing need to sincerely rethink the structure of the Nigerian state, improve access to sustainable economic opportunities for the young people in the North, create more accountability within the security services, foster greater coordination and stakeholder scrutiny and avoid the militarization of every security challenge. The urgency of a review of the National Counter Terrorism Strategy and the National Security Strategy to incorporate coordinated policy conversations, regional coordination and deepen stakeholder scrutiny, cannot be over-emphasized. We must continue to pray and thank the soldiers who sacrifice their lives daily on the frontlines in defence of the country.

Do you share the view of Prof Wole Soyinka that President Buhari should seek help to deal with the situation?

Well, in a virtual meeting with the US Secretary of State, Mr. Anthony Blinken, the President stressed the need for the support of important and strategic partners like the United States, and the consideration for the re-location of the US Africa Command (AFRICOM) Headquarters from Stuttgart, Germany to Africa and near the Theatre of Operation.

A meeting of former Heads of State and service chiefs should be convened immediately and an entirely new attitude, with sincerity of purpose, adopted to address the security challenges. CISLAC has repeatedly suggested to our government to take advantage of our bilateral relationship with the US and other countries that have gone through similar challenges to seek support. Again, because of the corruption in the security sector some people are benefiting from the insecurity in Nigeria so they don’t want an end to this miserable situation we find ourselves.

Nigeria has been ranked as the third country in terrorism worldwide. What is the implication of this on our economy, job creation?

This definitely impacts heavily on the overall economic environment for local and foreign-owned businesses as well as other economic activities. Foreign investors rely on authoritative indexes like the Global Terrorism Index and even economic indexes that include an evaluation of security and stability, to inform their investment decisions. It portends a drop in investor confidence and the loss of opportunities on foreign direct investments.

Job creation is both a consequence and cause of the growing security concerns as the low unemployment rate promoted the incubation of terrorism which has led to the loss of lives and livelihoods.

June 12 will make it two years since President Buhari promised to lift 100 million Nigerians out of poverty in 10 years.  Do you think this administration has done much towards meeting this target?

Two years on, available records show that President Buhari is not on track in achieving the promise to lift 100 million Nigerians out of poverty in 10 years. It may be difficult to measure the progress due to lack of information from the government. However, factors contributing to poverty in the country are on the rise which shows that the war against the reduction of poverty has not been won and the tools used in this fight are not effective. For example, parameters that upscale poverty which is unemployment is increasing at a galloping rate. Since the promise, unemployment rate has jumped to over 33 per cent of the labour force, according to the Nigerian Bureau of Statistic (NBS). Also, the rising insecurity in the land is a clear manifestation of the level of poverty, as the youth are being recruited to cause havoc due to joblessness.  More so, inflation is on record high of over 18 per cent, with food inflation at 22 per cent. This will further make the people poorer as they lose their purchasing power parity.

The government must rejig the tools it’s using to eradicate poverty if it must achieve the promise it made to Nigerians, by implementing targeted pro-poor programmes that are capable of reversing the negative indices surrounding the inflation rate, unemployment rate, the rising insecurity in the land.

The most common allegation against civil society organizations in Nigeria now is that they have become docile, compromised and not able to defend the rights of citizens. How do you react?

Given the limited human, financial and knowledge capacity of the CSOs in Nigeria, we are doing our best by contributing on public education, advocacy, research and creating dialogue for better governance in Nigeria. However, the civic space has been shrunk by intimidation, threats, arrests, discrediting legitimacy of civil society positions amongst numerous other tactics. The space for advocacy has closed up significantly. Civil society has a role to play in holding the government to account, they should be allowed to express that right and they have sustained the momentum to drive advocacy for positive change. Lastly, CSOs cannot replace government. Our role and responsibility is to compliment government’s sincere effort.

What’s your reaction to the sanctions against Channels Television for interviewing an IPOB leader?

It was fined for breaching the broadcast code by allowing a leader of the Indigenous Peoples of Biafra (IPOB) to make secessionist and inciting declarations on air without caution or reprimand by the station. The media has a duty and responsibility to inform the public within the ambits of its regulatory codes. If the government is outraged by the actions of the news house in allowing “false and misleading statements”, I expect consistency in the application of this rage across board, especially to previously made statements by various media house guests on the motives and actions of bandits, kidnappers and herdsmen. The discretionary establishment of the false statements made is up for debate, thank heavens!

As a representative of Transparency International in the country, you have knocked the government severally as far as its corruption fight is concerned. What will you advise they do differently?

There is a recurring slogan in town that this government came to fight corruption, it is also very evident on how much resources has been expended in getting some reform initiatives on the way in a bid to strengthen the anti-corruption fight in Nigeria. On the other side, it is very worrisome to see that things have not really improved either from a political angle or the citizens’ perspective.

Let’s take some dive. The extractive sector where the foreign exchange capital comes from is still in the ‘no law’ state. Recurring and reoccurring remedial issues are still not addressed and no tangible strategy is in sight on how to solve issues around measurement of how much crude we produce – Metering, issues of discrepancies in the remittances between the government and the companies, ultimately the PIB have not received the required urgency that it requires from the government.

Tax evasion is still on the increase as multinational entities continue to enjoy privileges granted to them by interested parties within the politically exposed circle. This has really worked against the efforts of the well-meaning private sector investors who find it so unfavourable an environment to compete in.

Close to it is the issue of tax revenue management. There has not been any concerted effort by the government to reduce the unnecessary over-bloated cost of governance in Nigeria even in the present economic crunch and growing debt profile of the country. A reasonable step to take is to reduce every form of frivolities to escalate recurrent expenditure and channel the meagre resources to capital and infrastructural development to boost the productive sector of the economy.

Let’s not forget that the inability of the economies to thrive is accounting for most of the reasons why we have incessant crime that is almost taking over the entire country as there are limited jobs for the teaming youth of the country to be gainfully employed and eschew crime.

Every effort to curb corruption should be targeted at rescuing the economy as a means to address all the grievances from every quarter, which also leads to industrial actions and other disruptions within the civic space. The time to act is now.