IWU cries out over insecurity in South East 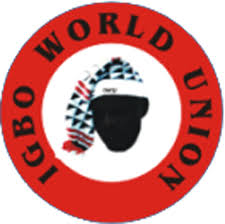 Moved by worsening insecurity in the country, including killing of a 65 years old woman by herdsmen in Imo State, the President of Igbo World Union (IWU), a pan Igbo socio cultural group, Meshak Nnanta, has urged the Federal Government to save the country from impending crisis.

In a statement, IWU boss, who is also the national patron of Vigilante Group of Nigeria (VGN), said inability of security operatives to stem the tide of bandits from unleashing terror on innocent Nigerians has left bitter tales on the lips of Nigerians.

He added that encroachment of the bandits into Igboland has confirmed the fear of many Nigerians that they have sinister motives up their sleeves.

While commending VGN for complementing efforts of other security operatives in combating crimes across the country, Nnanta call on the National Assembly to pass a bill that would put VGN at per with other para-military corps like Civill Defence and the Federal Road Safety Corps.

He said he was happy to see VGN active in rural areas of Abia State where they helped to enforce the lockdown rules.

On marginalisation of the South East in federal appointments, Nnanta call on the Federal Government to balance the equation by pursuing true federalism as enshrined in the constitution. He said it is only the measure that would give Nigerians a real sense of belongings.

0 comments on “IWU cries out over insecurity in South East”