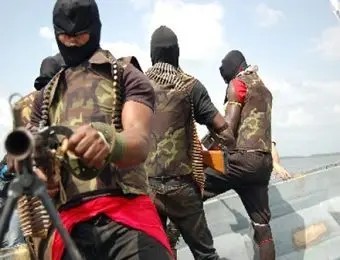 The Movement for the Emancipation and Defence of the Niger Delta (MEND) on Monday warned of grave retaliation should the Fulani group carry out their threat to attack Delta State and the governor after the three-day (72 hours) ultimatum.

While claiming to be protecting the Uthman Dan Fodio heritage of free open grazing in Nigeria and the entire West Africa subregion through leaflets with the headline “FULANI JIHADIST WARNINGS!” and “An Open Message of 2 Paragraphs to Delta State” pasted at different locations in Asaba and Agbor, the jihadists asked the Delta State governor to disown the position of the South-South and Southern governors on open gazing of cattle instead of ranching.

The group threatened to attack Asaba and Agbor even as they also claimed responsibility for last week’s fire incident at the Federal Secretariat Asaba which destroyed the second floor office of the NYSC completely.

In the statement signed off as “Dragon War,” MEND said on Monday:

“The attention of ‘The Movement for the Emancipation and the Defence of the Niger Delta’ has been brought to the threat of some Fulani terrorists who have given a three-day warning to the Governor of Delta State because of his support for the ban of open grazing across the Southern states.

“We also saw your taking responsibility for an explosion at the secretariat in Asaba.

“We are warning that if your threat is made to come to fulfilment, no Fulani will ever exist across the Niger Delta and all oil facilities linked to a Fulani will be brought down. If one soul is lost, 10 Fulani souls will pay for it. If one facility is destroyed, 10 Fulani facilities will be destroyed. We will respond proportionately 10 times whatever you give. The corresponding response will not be limited to the Delta, it may be with your politicians or with your rulers.

“We will launch three rocket launchers and ballistic missiles at any facility of our choice as a warning in seven days if you make bold your threats.

“We don’t make cheap our threats. We have shut down the country and we can at any time shut you down. We are the Niger Delta, we stand for the interest of the Niger Delta and we will not allow any coward to threaten us. We fight without running. Be warned!”

Meanwhile, Delta State Police Command has dismissed the threat as inconsequential and something to ignore.

According to a statement, the police spokesman, DSP Bright Edafe, said the command was unwavering in its commitment to the security of lives and property of the people of Delta.

He said modalities have been put in place to forestall any such occurrence, advising residents “to go about their lawful businesses without fear or panic”, adding that “undercover police operatives have been deployed across the state for the purpose of gathering intelligence.”

Meanwhile, the police enjoined members of the public in the state to furnish any emergency to the command through the mediums for swift responses.

“As part of the efforts of the Delta State police command to get closer to members of the public particularly Deltans and other residents of the state, the command has deemed it fit to release the following emergency phone numbers and social media handles.

“Members of the public are enjoined to contact the police through the medium when the need arises: