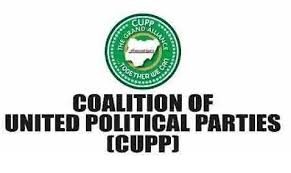 Ahead of the judgment in the fundamental human rights suit brought by the detained leader of the Indigenous People of Biafra (IPOB), Nnamdi Kanu, the Coalition of United Political Parties (CUPP) has called on the presiding Judge to demonstrate courage and avoid external interference.

Justice Benson Anya of the Abia state High Court in Umahia had on December 10 last year fixed January 19, 2022 for judgment in the suit after taken arguments from parties to the case.

However, the in a statement by the Spokesperson of the CUPP, Imo Ikenga Ugochinyere, urged the judge to exhibit courage and resist external influence.

In the suit filed by his special cousel, Aloy Ejimakor,  on August 27, 2021,Kanu among others is seeking a declaration that the military invasion of  his home in Abia State in September 2017 by the Nigerian government is illegal, unlawful, unconstitutional and amounts to infringement of his fundamental rights to life, the dignity of his person, his personal liberty and fair hearing as guaranteed under the Nigerian Constitution and the African Charter on Human and People’s Rights.

The statement reads; “Given the overriding importance of this case, CUPP hereby calls on Abia High Court, particularly the Judge handling the case, to be courageous and resist any external pressures or interference. The Judge must be firm and do justice while declaring the law as it is. That is the minimum the Judge owes to the society.

The CUPP further condemns all illegal actions against Nigerian citizens many of whom are in illegal detention and calls on the relevant agencies of state to take necessary and urgent actions to reverse the trend. Nigerian citizens must be allowed the freedom to express their genuinely held views as guaranteed under the 1999 Constitution and do so without fear of intimidation or harm coming to them. This government has clearly restricted the space for Nigerians to exercise their freedom of speech.

We are however hopeful that the judiciary will however stand up in these times and be counted. We ask for no favours, we only demand that the law be declared as it is without bowing to any external influences.