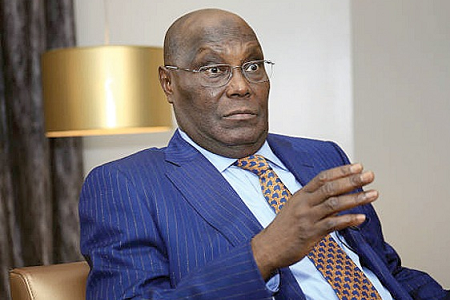 The Maritime Workers Union of Nigeria (MWUN) has kicked against the decision of Intels Services Nigeria Limited, a firm partly owned by ex-Vice President Atiku Abubakar to lay off 600 workers.

Those affected included workers in Rivers and Warri operational areas of the company.

In a letter addressed to the Managing Director of Intels Services Nigeria Limited, the Secretary General of MWUN, Comrade Felix Akingboye, described the decision to sack the workers as “unlawful.”

Tne union gave Intels a seven-day ultimatum to withdraw the sack letters and recall the affected workers or face total shut down of its operations nationwide.

“Regrettably however, we are informed that your management has terminated its contract with AMS which has led to over 600 workers (who are our members) being declared redundant without due recourse to the union for the negotiation of their terminal benefits.

“Letters of termination/redundancy, we are informed, had already been served on the workers.  This unfair labour practice is not acceptable to us.

“I have been directed to issue your management with a seven day notice effective from the date of this ultimatum, within which to withdrawal all the letters of termination/redundancy served on the workers and recall them to duty, otherwise, we shall be compelled to withdraw our services from your terminal at the expiration of the notice.

“We demand that status quo ante should remain pending when a management/union meeting is convened to negotiate their exit and payment of terminal benefits.”