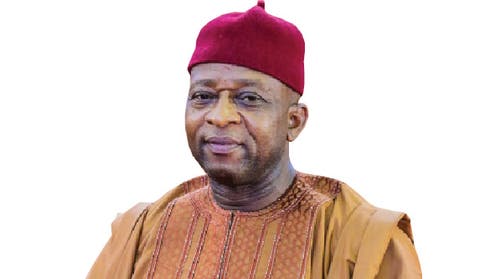 The member representing Oshodi/Isolo Constituency II in the Lagos State House of Assembly, Mr Jude Idimogu, talks to ALEXANDER OKERE about his recent disagreement with the Special Adviser to the Lagos State Governor on Drainage and Water Resources, Mr Joe Igbokwe, over the leadership of the Igbo in the state

Why do you think the Igbo in Lagos State chose you, instead of Igbokwe, to be their leader?

The reason is that they felt Joe Igbokwe was not doing what they expected from him. That was why they thought they wanted a change and that was why I came onboard.

What were the things they expected from him that he hadn’t done?

The majority of the Igbo in Lagos State have been talking like the opposition to the government. Most of them are not close to the government and would say they don’t like the APC. But for me, I didn’t see it that way. It is just a communication gap between, let’s say, Joe Igbokwe and his own group who have not been carrying the Igbo voters along by meeting them at the point of their need or even appealing to them to join the APC. Some of them complain that he doesn’t care. At several fora, he has also said he is not an Igbo man and stuff like that. So, there are a lot of issues, including not on the same page with traditional rulers of Igbo extraction in Lagos State.

What was his response when you informed him that the Igbo had chosen you as their leader?

He didn’t accept. That was why he started fighting me.

Did he tell you why he kicked against it?

He said he was a senior member of the party, that he had been with the party for over 20 years and I joined the party three or four years ago. He said I should queue behind him and work with him.

Do you think that was a justifiable reason?

No, it is not a factor at all. The matter is still not fully settled. But I am a loyal party man. My people are also exploring other ways to reach the hierarchy of the party and ensure that the right thing is done. For me, what matters most is that it is an ethnic group that decides its own leadership and pushes it to the government to accept, not the other way round.

Is it true he reported you to the leadership of the party?

Yes, I think so. But what the leadership of the party did was to calm us down and plead with us to work together in the interest of our people.

One of the grievances of the Igbo in Lagos State is that many of them have not benefited from the APC-led state government. What have you and Igbokwe done to address this?

I came to serve as the only Igbo man in the Lagos State House of Assembly. I try as much as possible to balance what I do by carrying the Igbo and my constituency along. Igbo is a factor as far as I am concerned. I also help in resolving any problem they have with Lagos State Government. I cannot deny where I am coming from. But my appeal to them is to join our party. I don’t want them to play opposition as if they are anti-APC. I know they are not anti-APC, but they are in a situation that they need someone to talk to them, appeal to their conscience and let them understand that joining the APC could be the best thing that could happen to all of us here because this state is where we live and have our properties. It is the government that can protect us better than any other party. That is what we have been working together to achieve, and I think they are listening to me and with time, I think we will get it right.

But I think the major factor is that there has not been a drive, which is something I was doing and will still continue to do – a drive of meeting Igbo people wherever they are and talking to them. After all, politics has to do with interest, no permanent enemy, no permanent friend. Even the Peoples Democratic Party which they (Igbo) say they love, what better things has it done for them? Today, you talk about the Second Niger Bridge. The Second Niger Bridge is being done by the APC. When (former president Goodluck) Jonathan was there, with due respect to him, it was just stories we heard. Based on where the Igbo man is coming from, he loves the PDP but the issue is that it is not their party. In Lagos State, as far as I am concerned, it will be difficult for any other party to win in the state except the APC. That is how it is. So, they need a brother, somebody like me, who is from their place that understands and will use their language to talk to them and appeal to them that the more you work for the APC in Lagos State, the better for all of us and their businesses. That is a decision I have taken and will continue to take, irrespective of anything.

You said you decided to allow Igbokwe to be the Igbo APC leader in Lagos. Have you informed those you said made you their leader?

No, the issue is that the party has appealed to us. He is not the only leader. Both of us are leaders. It’s just that I am supporting him. We are working together. However, most of those in my own group are not happy with the development.

What is the name of the group that made you its leader?

How best can you two work together?

The best way to do that is to respect each other. If  I have an idea, I will pass it to him and I believe that we will come together and agree on anything we want to do. Mutually, we are leaders and Igbo. We must agree before things are done. I think communication is key for us to work together in the interest of our people.

0 comments on “Lagos Ndigbo rejected Igbokwe because he didnt identify with them Idimogu, Lagos Assembly lawmaker”