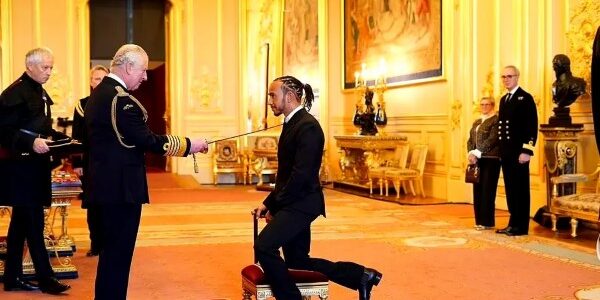 The 36-year-old was awarded his knighthood and the resulting title in the 2021 New Year Honours list after matching Michael Schumacher with his seventh Formula 1 World Championship.

Hamilton alongside his mother Carmern appeared at Windsor Castle as he became the fourth Formula 1 driver in history to be knighted. Others on the list are Sir Jackie Stewart, Sir Stirling Moss and Sir Jack Brabham.

Hamilton is also expected to attend the end-of-season FIA Prize Giving Ceremony in Paris on Thursday alongside the newly-crowned champion.

The youngest recipient for 2021 is 20-year-old Samah Khalil, the Youth Mayor of Oldham, who receives a BEM.