LUPAN Protests Arbitrary Increase Of Administrative Charge On Base Oil 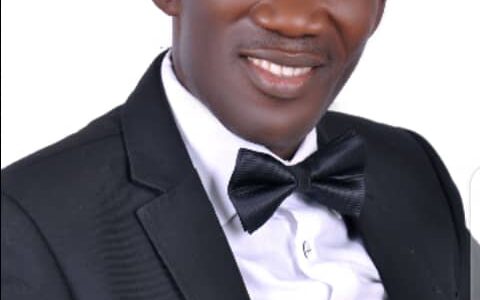 The Lubricant Producers Association of Nigeria (LUPAN), has expressed their distress and disapproval of the propensity of the Petroleum Product Pricing Agency [PPPRA] to arbitrarily inflate its unwarranted charges from N0.10Kobo to N1.23Kobo per litre of base oil imported.

This protest was contained in a press release signed by the Executive Secretary, LUPAN, Mr Emeka Obidike C, made available to journalists.

The Executive Secretary LUPAN expressed worry that PPPRA has always insisted on the registration of operators already licensed by the Department of Petroleum Resources [DPR] to import base oil, despite being shown a genuine DPR license.

“Over time the Association has been besieged by complaints from operators of being tasked with the payment of dues, charges, levies and/or compelled to register with Agencies irrelevant to their operations or the sector as a whole; Operators, on pain of having their consignments confiscated, find themselves acceding to their demands, and further find themselves inundated by a deluge of paperwork, draconian directives, bureaucratic protocols, all culminating in the delayed release of consignments, accrual of unwarranted demurrage, other ancillary expenses and the eventual hike in price of blended lubricants.” Mr Obidike noted.

He said severally the association has written the PPPRA on behalf of its members protesting this state of affairs and categorically stating that by the Petroleum Act, the Department of Petroleum Resources is the primary regulator of the petroleum sector, overseeing activities that relate to production, importation and exportation of petroleum products and indeed all affairs relating to the oil and gas industry (upstream, midstream and downstream) and that the PPPRA’s continued refusal to acknowledge this fact could be construed as a blatant disregard, duplications and encroachment on the authority and jurisdiction of the DPR.

“Base oil is a raw material that undergoes further value addition, unlike other white products; 100% import-dependent, likewise the additives applied, which risk is solely borne by the importer; attracts duty of 5%, and is not subject to regulation as its pricing is subject to market forces. There is also a patent lack of government intervention [Subsidy] and unaccommodating policies.

“That the administrative and bureaucratic bottlenecks through which importers of base oils/manufacturers of lubricants are made to maneuver as well as the series of certifications, authorizations and clearances with their attendant levies and charges are potently detrimental to the business as they are in most cases time consuming, increase the expenses and other ancillary costs connected to receiving the product and significantly inflates the market cost of indigenously produced lubricants making it less attractive than it imported substandard counterpart.” Obidike noted.

He pointed out that the general attitude of government agencies towards indigenous businesses are patently hostile, undermine, and is against the spirit and grain of the Governments policy on the Ease of Doing Business , as they are swift to shut down and mete out stringent penalties at the slightest hint of non-conformity or administrative oversight rather than assist same to regularize.

The Executive Secretary LUPAN alleged that legalized businesses being constantly picketed, threatened with the shutting down/sealing of their plants, confiscation, seizure and destruction of products purchased with bank loans, is tantamount to killing the goose that lays the golden egg, as these establishments are relentlessly drained of monies under guises of taxes and levy, by an organization that adds no value to the sector and has in light of the full deregulation of the sector, become obsolete in their objectives and functions.

“This constant picketing of legit businesses will most likely deter entrepreneurs from legalizing their businesses who, further enticed by the appeal of the freedom from the financial commitment of setting up standard factories and plants, employing staff, submission to several regulatory agencies, their protocols and levies, a myriad of inspections and supervisions, threat of penalties and sealing, the propensity for illegal businesses to mushroom uncontrollably will escalate.

“Illegal ventures are flagrantly peddling their wares with all impunity, encouraged by the gradual vacuum created in the lubricant market by the persistent decrease of manufacturing processes and inflated market cost of blended lubricants consequent upon such ruses. Currently importers/blenders of lubricants are beholden to as much as sixteen agencies, at the point of entry of the raw material – base oil.” He said.

He lamented that the process of manufacturing quality products with affordable costs is gradually becoming unworkable; goods are manufactured and imported into the country, thereby boosting capital flight, decreasing technology transfer, glutting the job market and generally threaten the subsistence of patriotic industrialists.

The LUPAN Executive Secretary while appealing to the federal government for support called for a business conducive environment for lubricant importers to operate even as he called for winding up the activities of PPPRA.