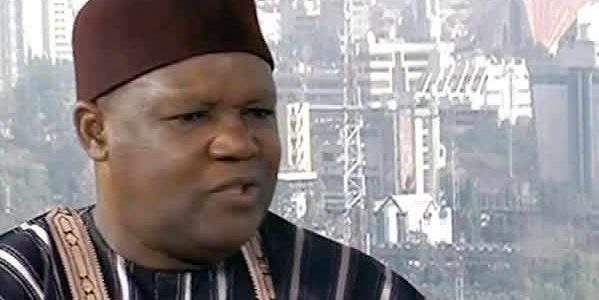 A FORMER Deputy Governor of the Central Bank of Nigeria (CBN), Dr. Obadiah Mailafia, has resigned his appointment from the National Institute of Policy and Strategic Studies (NIPSS) at Kuru, Jos, Plateau State.

Until the resignation, Obadiah was an official at the national institute, called the nation’s think-tank.

Bawa said the former CBN chief resigned his appointment last week and the NIPSS accepted it.

The Nation reports that Mailafia’s resignation may not be unconnected with the comments he made recently about the insecurity in the land and the killings in Southern Kaduna.

In an interview he granted on a radio station, he alleged that a sitting northern governor was a commander of the terrorist group, Boko Haram.

The Department of State Services (DSS) invited him over the comment and he was reportedly drilled for six hours at the Jos office of the service.