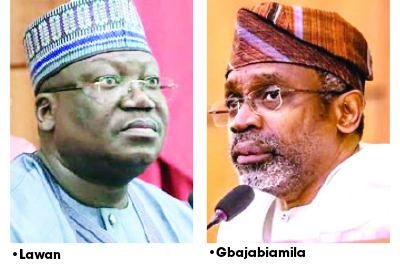 All eyes are on the National Assembly as it begins another round of review to the 1999 Constitution (as amended)  amid concerns in certain quarters that similar exercises in the past have not been worth the resources expended on them.

The review of the 1999 Constitution by the ninth assembly effectively took off penultimate Thursday,  with the inauguration of the Special Constitution  Review Committee in the House of Representatives.

The Senate Committee on the Review of the Constitution, which is headed by the Deputy Senate President,  Ovie Omo-Agege,  had earlier been inaugurated and has commenced work with the collection of memoranda from the members of the public.

According to Omo-Agege,  the National Assembly hopes to complete the amendment of the review of the constitution by February 2021.

So far,  there are no  fewer than 80 bills in both the Senate and the House seeking alterations of various sections of the constitution.

They include bill for establishment of state police,  independent candidacy, local government autonomy,  judicial autonomy,  immunity for presiding officers of legislative houses,  immunity for the Chief Justice of Nigeria (CJN)  and some other categories of judges among others.

The Constitution Review Committee is expected to hold public hearing on the bill to decide, which will be presented to the two chambers, where each bill will be passed with a two-third majority. After which they would be sent to the state houses of assembly, where every item must also  be passed with  a two -third majority.

The 1999 Constitution, which was drafted  by the  last military administration, prior to the inception of the present democratic dispensation is largely perceived as the root of most of the socio-economic and political challenges confronting the country.

However,  pundits say  though the previous exercises have led to some changes in the constitution, they have not completely met the yearning of the citizens for progress-oriented Constitution.

The first attempt to review the constitution in 2006, failed after the parliament threw out the report of the political reform conference organised by the President Olusegun Obasanjo administration.

The fifth Senate had rejected the report of the Political  Reform Conference, which was intended to serve as a fulcrum for a new constitution,  because of a clause seeking to extend the maximum number of terms for president and governors from two to three.

The stakes are higher this time. The rising cases of insecurity across  the country,  and dwindling economy and rising tension have heightened calls for significant changes to the constitution to meet with the demands of the time.

Ironically,  the Northern Elders Forum (NEF)  had dismissed the current efforts to further alter the 1999 Constitution( as amended)  as unnecessary,  stating that previous efforts did not produce the desired results.

The NEF  had in  August, accused the National Assembly, of frittering away the resources of the country, under the guise of amending the Constitution.

The group,  which spoke through its Director, Publicity and Advocacy, Hakeem Baba-Ahmed, at a media parley, in Abuja, opposed the current  constitution review exercise.

He  admonished  the National Assembly  to “direct its energy and mandate towards convincing President Muhammadu Buhari to bring an end to the insurgency in the North East and killings in most parts of North Central and North West and other parts of the country.”

According to him,  “the North wants a major review of the Constitution, but it is also ready to resist attempts to create wealth for  a few while it leaves parts of the country to quarrel and blame each other for the state of the nation.”

However,  Afenifere,  which spoke through its spokesman, Yinka Odumakin,  noted that with its position, it was obvious NEF did not want the country to make progress.

The speaker of the House of Representatives,  Femi Gbajabiamila, believes that the solutions to the myriad of problems facing the country lies “ in the pages of a new Nigerian constitution.”

Consequently,  Gbajabiamila,  who spoke during the inauguration of the House Special Committee on the Review of the Constitution,  opines  that   the current efforts to alter the constitution places a greater burden on the lawmakers. He said that the solution confronting the country lies in a new Constitution.

According to him,  “We are commencing this constitutional review process at a time of great and ongoing upheaval in our country. New challenges emerge daily from every corner.

“Some of these challenges are of our own making, and others, we could not have foreseen or been prepared for. Whichever may be the case, the Nigerian people look up to us as government to proffer solutions that work, to do the heavy lifting of writing new constitution, one better suited to our current aspirations and reflecting our vision of the future.”

Issues that will define the exercise

What then should Nigerians expect from the parliament in the review of the constitution?

Wase,  while speaking at the inauguration of House Committee on the Review of the Constitution,  stated that the ninth assembly, in its quest to ensure that the current efforts to amend the constitution is successful,  is determined  to look into critical national issues that have been ignored for too long.

According to him,  these issues  are devolution of power,  local government autonomy, state police,  state creation and judicial autonomy .

“Despite the fact that Nigeria prides herself as a ‘federal state’, it is sadly evident that it is far from what federalism entails.

“Some have stated that our federal system is more unitary than federalist especially with the number of items on the exclusive legislative list where the Federal Government regulates even simple items like primary education and agriculture.

“ Hence, there has been clamour for more devolution of powers from the centre to the states in order to make states more viable and economically sustainable.”

Nevertheless,  former governor of Enugu State,  Okwesilieze Nwodo, in a recent interview,  told Daily Sun  that what is needed is an overhaul of the 1999 Constitution (as amended).  Nwodo said the way to go is the National Assembly to adopt the report of the last National Conference organised by the President Goodluck Jonathan administration.

“We are only using these two reports as guides. We are not in any way bound by the contents.

“If we go in there and see what we like, that the Nigerian people like and it is in either or both reports, we will go for it. Otherwise, we have our own ideas. That is the reason we were elected. Be that as it may, for purposes of guidance, we will take a look at both documents,” the Deputy Senate President stated.

Pundits say the agenda of the parliament for the  constitution review exercise is ambitious and resonates well with a broad spectrum of the citizens. Ironically, three of the items – devolution of power, state police , local government autonomy and state creation-  have been very contentious.

For instance, the Federal Government, as well as some interest groups have not been very disposed to the devolution to states and the establishment of state police.

There are presently  68 items  in the exclusive legislative list, which only the Federal Government can legislate on. These include solid minerals,  railway,  police,  defence, banking and currency,  agriculture , immigration among others.

Stakeholders have continuously argued that there is need to devolve more powers to the states, so as to unlock their development potentials for the overall interest of the country.

It has also been argued that creation of state police and local government autonomy would help in addressing the security challenges in the country, as well as make the local councils live up to their responsibilities as the third tier of government.

Analysts  say the ability of the National Assembly to achieve its objectives in the current review of the constitution will be dependent on its ability to galvanize the executive arm,  the state governors and state houses of Assembly and all interest groups.

0 comments on “Many questions as NASS begins Constitution Review”