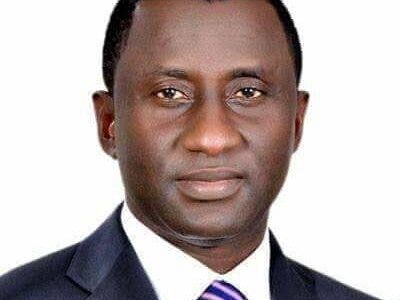 Ogah was expected to be in Uburu for a site inspection of South-east mineral mining cluster (lead/zinc processing) before the news of his boycott was made known by the Permanent Secretary on State Affairs, Mr Austin Udude, after over five hours spent by state dignitaries waiting for the Minister to arrive.

Those in attendance before it was announced that the Minister will no longer grace the occasion were all the political office holders in the state, including the Exco members, permanent secretaries, chairmen of Boards and commissions, Chairmen of LGAs, coordinators of Development centres, Traditional Rulers, Algon Chairman and other council chairmen, EAs, STAs, TAs, Akubaraoha Youth Assembly from Ebonyi south zone.

Some stakeholders expressed sadness on hearing about the cancellation and alleged that Governor Umahi and Minister of science and technology, Dr Ogbonnaya Onu fight for supremacy might have been the reason for the abrupt shift of the programme.

Others who spoke on animosity said the boycott of the Minister was due to Umahi’s inability to consult with the relevant stakeholders of the community like the minister of science and technology Dr Ogbonnaya Onu on the proper way the program would have executed.

Tribune learnt that since November 2020, when the Governor defected to the ruling party APC, the inspection of mineral mining cluster at Egu-Ogwu, Uburu in Ohaozara local government area of the state was the first federal government program he was expected to organise.