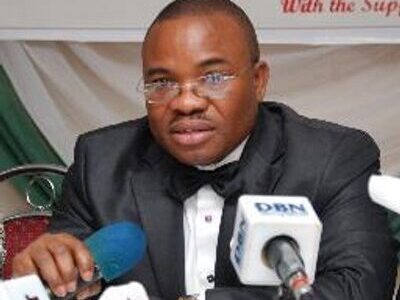 The National Association of Nigerian Traders (NANTS), has called for the opening of the land borders and compensation of genuine traders whose goods were impounded since borders’ closure.

Dr Ken Ukaoha, NANTS President made the appeal on Friday during a Webinar on the “Implications and Matters Arising from the Nigeria Border Closure and Dynamics of COVID-19 on Nigeria’s Trade Competitiveness.”

Ukaoha recalled that prior to the COVID-19 pandemic, in Aug. 20, 2019, the Federal Government had closed the land borders based on genuine reasons including smuggling of arms and light weapons.

Other reasons, he noted, were drug peddling and unguarded influx of prohibited items into Nigeria’s trade environment through the borders.

Ukaoha decried what he described as huge economic losses occasioned by the border closure to genuine traders with legitimate transaction, especially goods with expiry dates that got stranded at the borders.

“The situation is worsened by the fact that there is no discourse about considerations for compensation, so that the genuine traders are not punished alongside with smugglers.

“The truth remains that goods belonging to traders and other manufacturers within the Micro, Small and Medium Enterprises (MSMEs), including perishable items and processed commodities with expiry dates are stranded at the borders for several months.

“To worsen the matter, the COVID-19 and its induced lockdown policy had rather contributed in further sealing the borders, with huge loss on intra-regional trade and economic development,” he lamented.

He urged the government to open the borders, especially given that they were investment generators and revenue sources.

Ukaoha added that several meetings, emissaries and interventions had taken place on the subject matter, especially at the ECOWAS level, but that the borders were yet to be opened.

He called on the Governments of Benin Republic and Niger Republic to comply with the remaining items on the roadmap, so as to facilitate reopening of the borders and continuation of the economic integration of the region.

“Nigerians appear to be divided in their opinion regarding the status of the border closure.

On the government side, he noted that Nigeria had complained several times about the poor implementation of and adherence to the ECOWAS Trade Liberalisation Scheme (ETLS).

He called on the sub-regional body to be more assertive to the integration process by ensuring that Member States keep to the rules.

According to him, there are other complaints about regional trade related protocols such as the Inter-State Transit Protocol by the country’s neighbours, which has no doubt resulted in massive smuggling, drug peddling, proliferation of small arms and light weapons.

The forum also received inputs from key public sector actors related to trade and competitiveness, particularly the trade and border enforcement agencies and policy makers with a view to examining challenges, impact and matters arising from the border closure.

Generally, participants were of the view that the reopening of the border should be fast tracked.

The webinar was organised by NANTS in collaboration with Nigeria Competitiveness Project (NICOP).