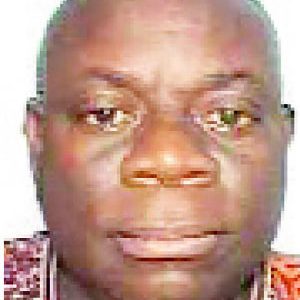 Senator Anthony Adeniyi combines experience of lawmaking with his legal profession. In this interview, he speaks about the source of incessant frictions between the executive and the legislature and why the two arms need to work together in harmony. Excerpt:

You must have been following the face-off between the National Assembly and the Minister of State for Labour and Employment, Festus Keyamo, over the issue of 744,000 jobs creation by the Federal Government. As a lawyer and a former Senator, what is the line of demarcation between the powers of the executive and that of the legislature in practical term?

Theoretically, there is separation of powers between the functions of executive and legislature. But in practice, there is no clear demarcation between the two arms because the exercise of oversight function is an overlap over the power of the executive. The power as to who initiates what is that of the executive. But those functions are not exercised without the supervision of the legislature. There is no way executive can exist exclusively in isolation of the legislature. Both have some functions to perform. I think what they should do is to meet at a point where their functions will only overlap and not to run the other out of existence. As for the issue of employment, from my own personal point of view, I think it is direct responsibility of the executive to carry out the exercise, but it has to be with the concurrence of the legislature. So, Keyamo ought not to have raised the issue of exclusivity. A situation may arise in future where a similar thing happens, the legislature in exercise of its powers might deny the executive of approval of such a thing. Ordinarily, no electorate will rush to the executive (minister) for job assistance. If they do, it is on the basis of closeness. From my experience when I was in the Senate, I kept receiving calls for demand for employment almost every day. That is why I said the demarcation exists in theory, but not in practice. I don’t think I support Keyamo to be that blunt with the legislature. One could be blunt in theory, but in practice, no. If such exercise is carried out, the legislature can use its power to fault you. It can also cause a sort of disharmony between the two arms of government. And they are both important in running a democracy.

Whose interest will the lawmakers be serving if they insist on suspending the process of employment?

ow can this incessant muscle-flexing be avoided?

It can be avoided. Let me cite an example, quite a good number of Nigerians used to shout about constituency project. Constituency projects are nominated by the legislature in a number circumstance, but the projects are not supposed to be done by the legislators or their own nominee contractors. The legislators can be in their respective houses for four years without the executive carrying out any project in their own areas. In a situation like that, the lawmaker can nominate any project he or she considers to be very dear to his or her own people. But it is not the responsibility of the legislature to carry out those functions. Once the projects are nominated, it is now left for the executive to carry out the implementation of the project. It’s not for legislator to select a contract or to be given money to do it.

Are you saying that no member of the National Assembly has ever executed any contract in the name of constituency project?

In practice, there has been a sort of overbearing influence by some legislators. I cannot deny the fact that some lawmakers have gone to the extent of nominating contractors to execute projects in reality. And it is not supposed to be so. What the legislator can do is to tell the executive the project that is of topmost priority to the people of his or her own area. For instance, when I was in the Senate, an opportunity arose; I nominated some projects to be carried out in my district. But I didn’t appoint contractor to do them. All I did was to make sure that those who got paid for the job did the job. A situation where the handshake is passing elbow, something suspicious is there. Nominate project and make sure that it is captured in the budget and then use your office to ensure that it is implemented. You facilitate project, you don’t execute.

Is that the reason the National Assembly throws it weight around to intimidate the executive to give the lawmakers what they want?

One of the key submissions of the Minister of Niger Delta, Godswill Akpabio, when he appeared before the House of Representatives was that bulk of the contracts awarded by the Niger Delta Development Commission (NDDC) went to the members of the National Assembly. What is the propriety of such overbearing?

If it is true, that is palpably wrong. Nothing can be more wrong than that. They are not supposed to be contractors. They are strictly lawmakers; their duty is to ensure that necessary projects are captured in the budget and see to it that the job is done by the executive who will nominate the contractors. I don’t think it is right to award contract to any member of legislature.

What do you make of the ongoing investigations? Are they in line with anti-corruption crusade of this government?

Yes, the investigations will strengthen the anti-corruption war. I am not surprised that a lot of revelations have been made of the NDDC. Sometimes, some legislators will not stop at facilitating projects; they will go to the extent of executing such, which is not right. So, one cannot be amazed that the bulk of the money budgeted for the commission has gone into private pockets.

How would you then relate the performance of the NDDC as an intervention agency to the mandate for which it was established?

I will say they have scored less than 20 per cent because of the corruption going on there. The ongoing forensic audit will expose further some of the misdeeds that have been going on in the commission.

Ondo State of the All Progressives Congress (APC) has just conducted its governorship primaries where Governor Rotimi Akeredolu emerged as a candidate. Looking at the controversy surrounding the conduct of the exercise, which modality would you say is more democratic – direct or indirect primary?

In politics, you will always prefer the process that will favour your emergence or victory. So, definitely, some will prefer indirect primary, some others will prefer direct primary. By my own estimation, direct primary is more democratic because it involves the participation of more members. In indirect situation, you will only appoint delegates who will collect money and cast their votes in accordance with the money they collected.  Direct primary is by conviction and loyalty to the party.

What is the cause of the seeming disquiet in the Ekiti State chapter of the APC?

Incidentally, I am their major lawyer. The complaint of some people is that the present executive congresses in the state, local government and wards were not conducted in line with the constitution of the party. People want to participate in the administration of the party at all levels.

(Cuts in) That is not true. They were advised to withdraw, not that they were directed to withdraw. Even our respected President supports people ventilating their grievances in court. Section 36 of the constitution guarantees the right of the people to go to court. Otherwise, the alternative will be anarchy. The directive of the NEC was in respect of issues relating to NWC not the other ones that had been litigated upon before the NEC meeting.