Ndigbo, let’s begin TODAY Before they 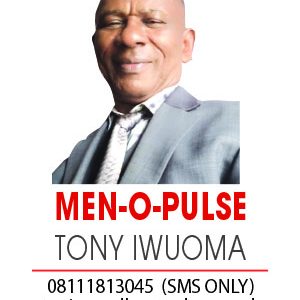 This man blew my mind; Obasi D. Nwabueze Esq. did. I have never met him but reading his piece on what the Igbo could do as a nation, I felt like he opened my brain and copied what has been therein, except, however, that he took it a notch higher.

In the first place, Ndigbo believe in Biafra, but, for me, a different kind of Biafra; that is. A farsighted Biafra devoid of petty jealousy and brinkmanship. A Biafra built on solid foundation of reality and not this nebulous dim dim noise in the air availing nothing.

Nwabueze’s thoughts are better read as said than told:

The Federal Government might never establish a South East Development Commission. Let the South East governors, legislators, town unions, trade associations, market unions and opinion leaders come together now, and set up our own Economic Integration & Development Commission for South East Nigeria. The integration we so desperately need can start from there. This Commission would then become the rallying point for all the other manifestations of cohesion that would catapult Igboland beyond our wildest dreams. It is a step we must take TODAY, and for which our children would be grateful in years to come.

We need a University of SouthEastern Nigeria, USN. All the state-owned universities should merge. The current campuses would remain campuses of that one institution, with each campus specialising in a different aspect of forward-looking education – ICT, Engineering and Fabrication, Agriculture/Agritech, Humanities and History, Business, Sports & Kinetics. We have both the personnel and the student population to keep this mammoth school viable and vibrant. The very highest standards of education would be on offer, aimed at producing well-rounded graduates, able stand toe-to-toe with their peers from anywhere in the world. The encouragement of research via funding and international collaboration, and the maintenance of the highest levels of discipline, would be the wings on which our USN would fly to heights hitherto unknown to Africa.

We must tweak the curriculum of our schools to include the History and Culture of Igboland, to be learned and imbibed from primary to tertiary levels all over the Southeast,  as compulsory subjects without passing which a student does not get to move up the ladder, academically. We would have our own exams on these subjects as pre-qualification for federal exams at all levels. Scholarship awards, grants and meaningful prizes would be coordinated in their numbers, to encourage each student to strive for the apogee in his or her field of study, at all levels.

We must create our own Southeast Cultural Festival, a biennial event to celebrate and showcase everything Igbo – music and dance, language and literature, art and crafts, fashion, folklore, fauna and wildlife. The world is waiting for the awakening of this unique giant, and would lap up everything we throw at it from the boundlessly rich treasure throve of our heritage. What about our historical sites, monuments and festivals that require upgrade, maintenance and adjustment for the maximum tourism potentials they hold? The list is endless, the potentials infinite. Igbo, kwenu!

We need our own Southeast Games.  And, why not? All the national teams in all the sports are dominated by our young men and women. The ones we have seen are just a tip of the gargantuan iceberg of multifarious sporting talent that sits untapped in Igboland. A biennial Olympiad, modelled after the Olympic Games, perhaps, wherein each local government (or as we may desire, but with an eye on grassroots outreach) competes in all the sports, would catalyse the development of hitherto “disadvantaged” sports, and widen the spectrum for the participation of our teeming youth population. The result (need I add?) would be a massive and exponential rise in the number of Sports millionaires amongst our youth. Plus, the sporting sub-sector would soak up a large chunk of our unemployed youth population, leaving rabble-rousers, criminal gangs, politicians and fake pastors with little or nothing in terms of idle and disoriented youth to confuse and mislead. Crime rates would be a sweetly negligible number, and, in ten years post-commencement, we would have created, instead, a few thousand more channels and sources for the inflow of foreign exchange, as sporting talents take on the world after proving themselves in the amateur category.

We need industrial fabrication parks. We need ICT development parks. We have shown that we can fabricate and produce nearly anything. Our fabrication geniuses have either fizzled out due to a lack of support and the enabling environment to bloom and blossom, or been snapped up and lured away to more clement climes. Everyone knows the vast numbers of our people scattered all over the world, contributing to the development of science and technology and, consequently, the industrialisation of other nations. The time is now, to create the conveyor-belt of the next set of world-beaters in the field of industrial design, fabrication and invention. Just give them a platform, and adequate support, and then create a deliberate receptacle to ensure that Igboland, nay, Africa, benefits from the talent of its children. ICT Parks peopled by Igbo youth would give Silicon Valley a run for its money any day, all day. Check out what our people are doing at the “Computer Village” and “Saka Tinubu” in Lagos, “Emeka Offor” in Onitsha, etc., without any kind of support. In fact, they achieved the dizzying heights they now occupy in those clusters in spite of oppressive policies and all kinds of malevolent strictures. How much further do you think they would go if pampered and aided like their counterparts in Asia and Europe (and even Kenya and Rwanda).

To cap the foregoing, we need electric power and a good network of roads.  South East Governors must work together to ensure a solid network of highways and inner roads to interconnect the whole of Igboland. Together with the legislators, they must ensure that the Onitsha Port comes on stream in the immediate. We can afford a power plant. All we need do is pool funds, or borrow, if we must. Whatever is generated in excess of our needs would be retained in the national grid. Our governors and legislators need to take this matter seriously, and extract a working arrangement from the Federal Government, as a matter of urgent importance.

To fund this integration and transformation plan, we cannot rely on Federal Allocation alone. Every son and daughter of Igboland must make a sacrifice. A contribution of N1, 000 every quarter by each of the 16.1 million persons said to be living in the Southeast (according 2006 census figures) would give us N64.4bn per annum. Add the at least 10 million Southeasterners residing in other states, and another two million in the Diaspora and the figures comes to N76bn, per annum. Now, tax each SME operating in the Southeast, N5, 000 annually, and N10, 000 per annum for each large corporate, and (though I do not have reliable data on which to base this), we could have N150bn yearly. Advertisement and sponsorship for the sporting and cultural events would result in savings.  Speaking of funds, we can very easily set up our own Southeast Development Bank.

A Commission run by men and women of integrity (and they abound within our ranks) would have enough financial resources to transform the Southeast in ten years, and set it on the path of world domination – our actual destiny, really.

For our today, they gave their yesterday

Or starved to death.

As fathers are roasted

That we may live today.

But still searching for honour

Elusive in the dissonant house

Though history be aborted

We NEVER can forget

Till we reach the land of free

Or allowed to live as the free

One comment on “Ndigbo, let’s begin TODAY Before they”

This is wonderful, now I know there people like me . How do we make our government , I mean the leaders to open their eyes, how do we make understand and not to be greedy , this is not just necessary but a must do program otherwise, I don’t see the need for Biafra.