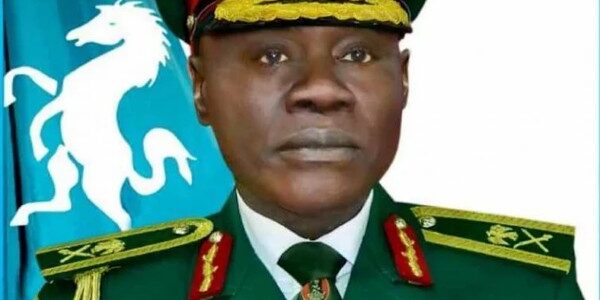 The new Chief of Army Staff, Major General Faruk Yahaya, has sought the cooperation of senior officers to achieve his mandate of safeguarding the country from security challenges.

According to a statement on Friday by the Director of Army Public Relations, Mohammed Yerima, the new Army chief made the call at a meeting he had with principal staff officers shortly after he formally assumed duties at the Army Headquarters in Abuja.

Yahaya was on Thursday named the new COAS to replace Lt. General Ibrahim Attahiru who died alongside 10 others in an air crash last Friday.

It read, “General Yahaya held a brief meeting with Principal Staff Officers after observing a minute silence in honour of former COAS, late General Ibrahim Attahiru and 10 others.

“He requested maximum cooperation of the senior officers in order to achieve the mandate of safeguarding the country from the multifaceted security challenges facing the country.

“The COAS thereafter proceeded to the Ministry of Defence to pay homage to the Minister, Maj Gen Bashir Magashi (retd.). ”

Meanwhile, the Chief of Defence Staff, General Lucky Irabor, on Friday enjoined Yahaya to build on the legacies laid by the late Attahiru.

This was disclosed in a statement by the Acting Director Defence Information, Brigadier General Onyema Nwachukwu.

He was said to have stated this when he hosted the new Chief of Army Staff at the Defence Headquarters, Abuja.

The statement read, “The CDS congratulated Maj Gen Yahaya on his appointment as the 22nd COAS, describing it as a well-deserved appointment.

“The CDS also wished him a successful tenure in office as he assumes command. General Irabor further urged the new COAS to build on the legacy of his predecessor, particularly in the fight against insurgency and banditry.

“The COAS was accompanied on the visit by the Chief of Policy and Plans Headquarters Nigerian Army, Maj Gen Benjamin Ahanotu.