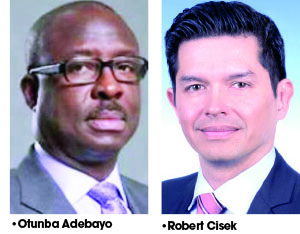 Two years after signing a Memoranda of Understanding (MoU) with Nigeria and Ghana on production of vehicles in both countries, Volkswagen has further expanded its footprint in sub-Sahara Africa with the official inauguration of an assembly plant in Accra, Ghana.

But, as the two partners celebrate what industry analysts, including Fitch Solutions,  termed a development with long-term growth potential even for Ghana’s economy, it has cast a question mark on Nigeria’s automotive policy and its quest for foreign direct investments.

This is because the coming on stream of the Accra plant stands an indication that both parties (Volkswagen and Ghana) had fulfilled the terms of their agreement within so short a time, amid a conditionality that required the Ghanaian Government to introduce a legally-backed automotive policy to restrict the influx of used vehicles.

Indeed, the fact that the Ghana Automotive Development Policy (GADP) was promulgated alongside the inauguration of Volkswagen plant in less than two years has drawn critical attention to a similar agreement the auto maker  signed with Nigeria, and the fate of  its auto policy which is yet to become law six-years on.

As part of its Transform 2025+ brand strategy, Volkswagen signed the agreements with the governments of the two countries during German Chancellor Angela Merkel’s visit to Ghana and Nigeria between August and September, 2018.

The auto maker had committed to building a new plant in Accra and exploring the development of new mobility solutions in Ghana, while the government of President Nana Addo Dankwa Akufo-Addo, undertook to develop a comprehensive policy that would incentivise vehicle manufacturing in the country.

Only a day after in Abuja, the second highest selling car maker in the world signed to expand auto-making operations on a step-by-step basis (at its now privatised former plant in Ojo, Lagos) and ultimately develop the facility into an automotive hub on the Western Coast of Africa. This is in addition to establishing an academy in conjunction with the German Government to train the initial employees

For its part, President Muhammadu Buhari’s government had pledged to accelerate the process of giving a legal framework to the Nigeria Automotive Industry Development Plan (NAIDP), and ensure gradual transition from the importation of used (tokunbo) cars to the manufacture and distribution of new passenger vehicles.

Regrettably, last year, Buhari declined assent to the NAIDP Fiscal Incentive and Guarantees Bill passed by the National Assembly in 2017, while an amended version is yet to be re-submitted to go through the process all over again.

With the inauguration of the plant in Accra two months ago, Ghana has become the fifth Volkswagen vehicle assembly plant in sub-Sahara Africa; while the other locations are in South Africa, Kenya, Nigeria (privatised) and Rwanda.

Industry analysts are aghast at Nigeria’s  failure so far to exploit the opportunity provided by the MoU with Volkswagen to enhance the development of its automotive sector  –  leveraging on the country’s obvious advantages and potential.

Some of the advantages include the fact that unlike in Ghana and Rwanda, a high capacity, but under-utilised (Volkswagen) plant is currently running in Lagos, just as there exists a policy (the NAIDP) that came into effect in July, 2014, about four clear years before the agreements with Volkswagen.

So, all that needs to be done on the part of Nigeria is: Ensure that the policy document is passed into law and given assent by the President, with provisions like the imposition of a stricter restriction on the importation of both new and used vehicles.

Add population edge, vis-vis market size, to fully understand the deep disappointment among auto industry stakeholders that Ghana and Rwanda, with 30 million and 12 million citizens, respectively, seem to be more committed to the economic imperative of developing their automotive industries, than Nigeria of about 200 million people, is.

Reacting to the to the development, a well known advocate for a viable auto industry in Nigeria, Dr. David Obi, said the inability to leverage the Volkswagen MoU as done by Ghana, is not only disappointing, but also a failure on the part of the government to recognise an opportunity to energise the auto sector and the economy at large.

Obi, who leads the association of Local content manufacturers and was until recently the Chairman of the Auto Group of MAN (Manufacturers Association of Nigeria), bemoaned the official lethargy, saying, “That Ghana responded more decisively to the agreement with Volkswagen while Nigeria’s auto policy is still faltering is an indication that we are not yet ready to reap the benefits a healthy auto industry yields.

“It is sad that we are not looking at the long-term goals, especially the generation of direct and indirect employment, and other multiplier effects like the encouragement of the local content suppliers.”

But, it is not only the stakeholders in the local industry that are saddened by lack of action on the MoU, because Volkswagen itself has lamented that “progress has halted,” thereby beclouding the initial impression that the development of the “automotive industry was a priority for the Nigerian government.”

The global auto maker recently confirmed through its sub-Sahara Africa regional office in South Africa, that the plant in Accra came on stream because the government of Ghana followed up on its responsibilities in the MoU, while Nigeria’s NAIDP has neither been signed into law, nor implemented to an appreciable point.

Responding to The Sun inquiries, Volkswagen Group South Africa s Head of Group Communications, Andile Dlamini, recalled, “Volkswagen held several productive discussions with the former Minister of Trade, Industry and Investment, Dr. Okechukwu Enelamah, and his delegation, following the signing of the MoU in August 2018. It appeared to Volkswagen that the development of an automotive industry was a priority for the Nigerian government.

“The Nigerian government undertook to implement the draft automotive policy, which was before the National Assembly, into law. This would have paved the way for certainty for automotive manufacturers to establish themselves in Nigeria in a meaningful way. The policy would create a fostering environment to competitively introduce new vehicles, by phasing out used vehicle imports of dubious quality, safety and emissions.

“Improved levying of duties and taxes, which at present favour used over new vehicles, was also promised. To date, the policy has not been signed and the used vehicle issue has not been addressed to a point that provides certainty that the new vehicle market can grow within normal market forces. Ghana has followed up on these commitments.”

Following an MoU in 1972, the Volkswagen of Nigeria (VON/’VWON) plant  in Lagos, was built at the cost of N11.5 million, and commissioned by the then Head of State, Gen. Yakubu Gowon, on Friday, March 21, 1975, who watched the roll-off of the plant’s first car, a Beetle. It was a joint venture between the Federal Government of Nigeria, the Lagos State Government and German interests, with an initial installed capacity for 60 cars a day.

VON was the second plant Gen. Gowon commissioned after performing a similar ceremony at the Peugeot Automobile of Nigeria Limited (PAN] in the Kakuri, Kaduna, the previous week.

But, years of boom when Volkswagen Beetle, Amazon, Santana, Combi bus,Passat, and later Jetta, as well as other products of the domestic auto industry, were in hot demand, subsequently gave way to an inclement atmosphere as policy inconsistency threatened the plants.

By the early 90s, the German technical partners divested themselves of stakes in the company, leaving the then Deputy Managing Director, Dr. Pat Utomi, in charge till the plant stopped production, only to be sold to the Stallion Group in 2005, as part of the parivatisation programme of the Federal Government.

To the former Assistant General Manager, Sales & Public Relations in the old Volkswagen of Nigeria Limited, Rasheed Adegbenro, Nigeria’s attitude to the MoU “shows how unserious we are about the development of the automotive industry.”

Adegbenro, who is worried that the African Continental Free Trade Area (AfCFTA) agreement may pose a challenge to the plan to make Nigeria a regional hub for Volkswagen cars, has always questioned the economic sense in having two plants assembling the same brand of vehicles in the same not-too-big West African market. He, however, decried government’s penchant for mouthing foreign direct investment in the industry without being genuinely committed to it.

Interestingly, Thomas Schaefer, who until recently was the Head of Volkswagen Sub-Sahara Region and Managing Director of Volkswagen Group South Africa, dismissed the fears that AfCFTA would be a stumbling block, even as he disagreed that two plants in the same region is not a good idea. Schaefer has since been succeeded by Dr Robert Cisek.

Most of who reacted on the issue were of the opinion that the National Automotive Design and Development Council (NADDC) was in a better position to explain why the auto policy has been stuck in the slow lane, thereby affecting the goal of attracting original equipment manufacturers (OEMs), like Volkswagen. But, efforts to contact both the Chairman and the Director-General of the NADDC, Senator Osita Izunaso, and Jelani Aliyu, respectively, or any other top official of the agency in Abuja, for comments, were not successful. However, an investor who is close to the Council, recalled that while hosting a delegation of the Nigerian Automotive Manufacturers Association (NAMA) in November, 2019, Aliyu had dispelled rumours that the withdrawal of Presidential assent meant that the policy had died. As the disquiet that greeted the President’s refusal to assent to the bill last year lingered, the NADDC Director-General had early this year convened stakeholders’ fora to generate inputs towards reviewing the NAIDP Fiscal Incentive and Guarantees Bill.

In an exclusive interview later, Aliyu assured that the bill would, as a matter of top priority, be reviewed and represented to the National Assembly for passage, but this time, as an executive bill. He was optimistic that as soon as the bill was passed by the National Assembly and signed by the President, implementation of the NAIDP would engage a higher gear with the key elements fully activated. And by extension, the MoU with Volkswagen will return to the front burner.