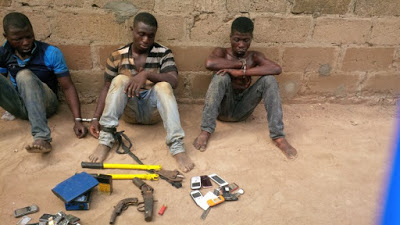 The Nigerian Government appears to have ignored leader of the Islamic Movement in Nigeria in its latest pardon of prisoners in the country.

On Thursday, Minister of Interior, Rauf Aregbesola, said government was freeing 2,600 inmates in various prisons in a bid to curb the spread of Coronavirus in the country.

According to Aregbesola, inmates including those from 60 years and above, especially those suffering from ill-health likely to end in death, serving at least three years and have less than six months to serve, persons with mental issues, and with options of fine not exceeding N50,000, are among those to be considered for the state pardon.

“This amnesty will not apply to inmates sentenced for violent and extreme offences such as terrorism, kidnapping, armed banditry, rape, human trafficking, culpable homicide and so on,” Aregbesola said.

He went on to say that governors of the 36 states under whose jurisdiction most of the inmates were incarcerated will complete the exercise “in line with the federal principle”.

But according to government sources, the pardon was specifically meant to benefit persons close to the corridors of power currently in jail for various offences.

According to a prison source, three former governors serving various jail terms for financial misappropriation are among those, who could benefit from the state pardon.

Recall that Kalu’s travails began before he ended his tenure as governor of Abia State.

He was to serve a two-year and 14-year jail term concurrently with no option of fine but a court of appeal reduced his term by four years.

For Nyame, Adebukola Banjoko, a judge of a Federal Capital Territory High Court in Gudu on May 30, 2018 convicted and sentenced him to 14 years in prison for diverting public funds.

He was accused of diverting N1.64bn during his tenure as governor of Taraba between 1999 and 2007.

With Aregbesola’s statement that those on trial and sentenced for terrorism, kidnapping, armed banditry, rape, human and culpable homicide will not be considered for the state pardon, the Nigerian Government appears to have deliberately shut out El-Zakzaky, who has been held at the Kaduna Prison for months despite court orders sanctioning his release on bail.

El-Zakzaky and his wife, Zeenat, are facing eight counts from the Kaduna State Government over allegations of culpable homicide, unlawful assembly and disruption of public peace among others.

He has been in detention since 2015 after soldiers raided the IMN headquarters in Zaria, Kaduna, and killed at least 347 Shiites.

The government accused the group of not recognising the Nigerian constitution and authority.

It blames El-Zakzaky for the death of a soldier in December 2015.

His prolonged detention despite has fuelled several protests by members of the Shiite movement in many Nigeria cities.