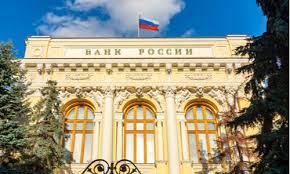 Nigeria’s central bank raised its main lending rate for the fourth straight time to 16.50% from 15.50% on Tuesday as policymakers seek to rein in inflation slowing economic growth ahead of elections next year.

Inflation and the state of Africa’s biggest economy will be major issues when voters choose a successor to President Muhammadu Buhari, who will step down after the February polls.

Nigeria continues to face inflationary headwinds, which analysts expect will be worsened by the impact of floods on food prices and from a weakening exchange rate.

Annual inflation quickened to 21.09% in October, driven by rising prices of staples like bread, rice and maize and the cost of diesel, which is used to generate power.

That prompted nine of the 11 members of the central bank’s monetary policy committee (MPC) to vote for a 100-basis-point increase, while two voted for a 50-basis-point hike, bank governor Godwin Emefiele told a news conference.

“We believe that at 21.09% inflation is already hurting growth,” he said, adding that loosening the policy had not been considered.

Nigeria’s third quarter gross domestic product figure is expected later this week. GDP grew 3.54% in the second quarter this year, down from 5.01% in the same period last year.

Last week, the International Monetary Fund cut Nigeria’s growth forecast for 2022 to 3% from 3.4%, citing lower oil production and the impact of recent floods in food-producing regions of the country.

The IMF also said monetary conditions in Nigeria were accommodative despite tightening measures undertaken by the central bank, noting that the main interest rate remained below the inflation rate.

The bank has raised rates by a total of 500 basis points so far this year.