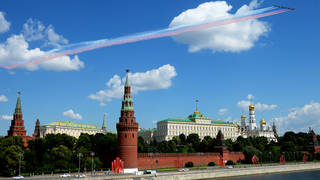 Russian officials have dismissed a new British parliamentary report on Moscow’s alleged clandestine interference in UK politics, saying it lacks proof and is laced with Russophobia.

The report by London’s Intelligence and Security Committee, released on Tuesday, has shown “nothing sensational” and is just “fake shaped Russophobia,” said Maria Zakharova, the spokesperson for the Russian Foreign Ministry.

The deputy chair of the Foreign Affairs Committee in the Russian Parliament, Aleksey Chepa, said the document attempted to blame Russia for the failures of the British government and “was not worth a penny”.

Kremlin spokesperson Dmitry Peskov said ahead of the report’s official publication that he would bet that the document would be “just a new round of evidence-free allegations.”

Peskov noted that numerous attempts to place Russia at the centre of the outcome of elections in other countries had merely “produced negative results and failed to prove anything.” He added that Moscow never interfered in the domestic political affairs of other nations and worked hard to prevent foreign players from interfering in Russia’s own politics.

Among other things, the report claimed that Russia had secretly had a hand in the 2014 Scottish independence referendum, but said public allegations that it had influenced the 2016 Brexit referendum could not be confirmed by British intelligence. Some have pointed out that this suits the present British government which supports Brexit, but opposes Scottish independence.

The report was supposed to have been made public in October last year, but was withheld by Boris Johnson’s government. Some of his opponents claimed at the time that it was shelved for political reasons ahead of the December general election as it would allegedly have exposed Conservative ties to Russia. The partially redacted document published on Tuesday made no such connections.