‘Obama was a schoolboy when we started hypersonic experiments,’ Russian missile guru rebuffs Trump’s claims of stealing US tech 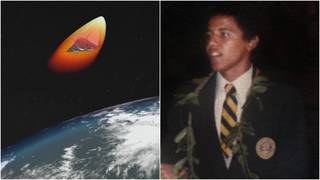 The creator of Russia’s Avangard hypersonic glider ridiculed Donald Trump for claiming Russia stole the technology from the Obama administration, saying that hypersonic experiments in the country began long before his presidency.

“Barack Obama became US president in 2009. Our experiments with these types of things began in the Soviet times, when Obama was still a teenager,” Gerbert Yefremov, a renowned engineer who played a key role in designing Russia’s newest missile systems, including the Avangard glide vehicle, told Rossiyskaya Gazeta.

“He was still a schoolboy when we were already experimenting with hypersonic tech,” the 87-year-old designer added.

The conclusion that can be drawn from Yefremov’s words is that Russian scientists began developing hypersonic technologies sometime between 1974 and 1981 – when ex-President Obama was a teenager.

And their work wasn’t in vain, as last year Russia’s Avangard became the first hypersonic weapon to be fielded by any military in the world. The country’s other hardware, capable of traveling many times faster than the speed of sound, includes the Kinzhal (Dagger) cruise missile and Zircon anti-ship missile, which is now undergoing tests.

Vladimir Putin said that unparalleled hypersonic weapons have changed the status quo in Russia’s favor. The country had been playing catch up with the US since the Cold War in terms of military technology, but “now they are chasing after us, trying to catch up,” the president pointed out.

However, his US counterpart, Donald Trump, during a recent campaign rally in Minnesota, insisted that Russia was able to build its “super-duper-hypersonic missile” only because it “got that information from the Obama administration, Russia stole that information.”

The claims weren’t backed by any evidence. Trump also added that the US has its own hypersonic missile, which is allegedly “much faster” than the Russian one.

0 comments on “‘Obama was a schoolboy when we started hypersonic experiments,’ Russian missile guru rebuffs Trump’s claims of stealing US tech”