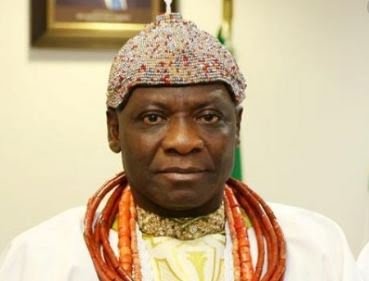 The monarch was said to have with the late Major General John Irefin. You will recall that the general died earlier this month from COVID-19 complications.

The Monarch who succumbed to the cold hands of the resurgent Covid-19 coronavirus had barely marked five years of his enthronement.

The Warri metropolis felt the shocking story with awe, while an atmosphere despair was palpable at the palace, with the chiefs refusing to confirm the Olu’s death.

Some sources confirmed the death to Vision Newspapers Online, even as many of the staff are said to be afraid for themselves, and have begun seeking preventive remedies.

The Olu was crowned in December 2015. Until his death he was known as one of the most influential traditional rulers in Nigeria.

0 comments on “Olu of Warri dead from Covid-19 complications”