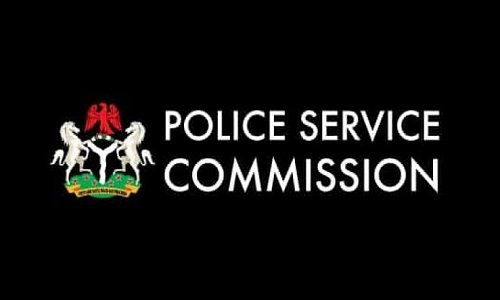 The Police Service Commission (PSC) has charged policemen to operate within the law when engaging with the civilian public.

Head, Press and Public Relations of the Commission, IKechukwu Ani, in a statement on Thursday, said policemen are enjoined to note that they are required to play a leading role in the search for peace and progress in the Country.

Ani said the attention of the Commission had been drawn to a social media message inciting officers and men of the Nigeria Police to go outside its rules of engagement in dealing with the civilian public.

The statement reads: “Part of the message read; ‘every Police that dies for civilian again, he is on his own … Do the needful police work and remain alive for your children and families.’

“The Commission feels that this moment does not call for incitment but for a complete renewal of faith in the Nigerian project. The Police are expected to conduct themselves with the highest degree of patriotism and in obedience with its rules of engagement.

“The Commission is doing it’s best to see that the welfare of the Officers and men are enhanced and worthy of their sacrifice to the Nigerian nation.

“The Commission is also seeking a complete and comprehensive overhaul of it’s logistics so that it will be equipped to discharge it’s constitutional responsibilities.

The Police Men are enjoined to note that they are required to play a leading role in the search for peace and progress in the Country.

“The Commission once again commiserates with the families of officers who lost their lives and wish those who were injured during the crisis a quick recovery.”

0 comments on “Operate within the law, PSC charges policemen”