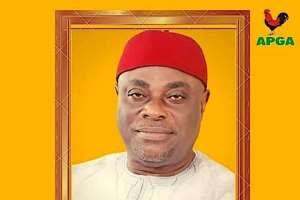 Our attention has been drawn to an unfortunate incident that happened today on AIT live broadcast where a band of political buccaneers and misfits gathered under the guise of NEC of All Progressives Aaliance (APGA) to purportedly announce the suspension of our revered National Chairman, Ozonkpu Victor Ike Oye and some select national officers of the party.

We wish to state without any equivocation as follows:

0 comments on “OUR LEADERSHIP IS INTACT – Ozonkpu Victor Oye”