Ozigbo calls for calm over court protest, says he believes in Rule of Law 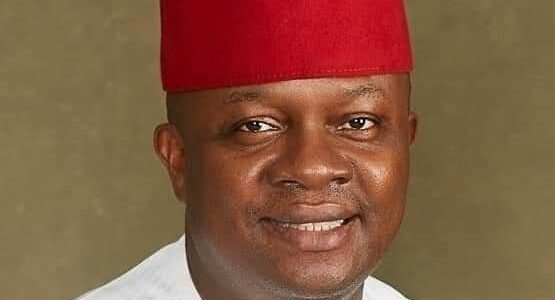 Candidate of the  Peoples Democratic Party (PDP), Valentine Ozigbo has called for calm over the reported protest at the premises of  Anambra High Court, Awka  by a group of members of his party under the aegis of Independent Leaders Forum against  Justice Obiorah Nwabunike. The protest followed claims among others of alleged conspiracy between a Nnewi born billionaire, and Senator Ugochukwu Uba to undermine the PDP in Anambra State.

In a statement  by his  media aide, Ephraim Adiele,  Ozigbo said that while he appreciates the place of protests in a democracy, the frustration of the said protesters as with the majority of the peace-loving people of Anambra State over the needless but sadly often recurring legal brickbats emanating from Senator Ugochukwu Uba, as well as, their solidarity toward the PDP, whose mandate the Party entrusts with him, he believes that the judicial system is rugged enough to do justice to the matter.

“Ozigbo, a nationally recognized peace advocate, calls for calm among Ndi Anambra and the discontinuance of any further protests, as well as an end to the victimisation of respected members of the judiciary like Honourable Justice Obiorah, whom by virtue of their esteemed offices and sworn duties to humanity must entertain all suits brought to their courts”

“Mr Valentine Ozigbo, in the same vein, calls for an end to the victimisation of Chief Cletus Madubugwu Ibeto, whom he describes as an industrial icon of Nigeria and pride to Ndi Anambra among many nationally renowned industrial giants in the state” he said.

He expressed confidence that the current judicial issues will be a thing of the past and ultimately lead to the betterment of Anambra people at the end.

0 comments on “Ozigbo calls for calm over court protest, says he believes in Rule of Law”