Pandemonium as soldier kills self, Customs officer over bag of rice 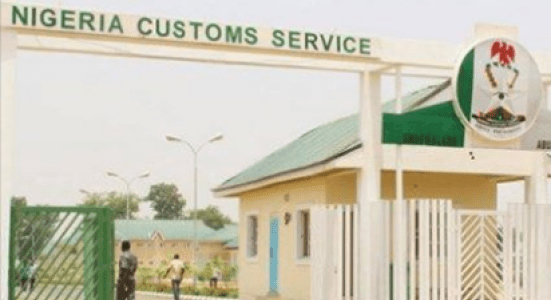 There was palpable tension at the Seme border command of the Nigeria Customs Service (NCS), on Wednesday night, when a yet to be identified soldier allegedly killed himself as well as a serving Customs officer.

The incident happened at one of the checkpoints of the command along the Seme, Badagry expressway.

A witness, who craved anonymity, said argument ensured between the two over a bag of smuggled parboiled rice before the military man shot and killed the Customs officer at close range.

The witness also said the military officer after realising the magnitude of what he did also shot himself immediately.

He said: “The military officer was believed to be under the influence of alcohol as that was what could have triggered his reaction after the incident. It was an unfortunate incident because both of them died at the spot.

When contacted, the command Public Relations Officer, Hussein Abdulahi, who confirmed the incident said it had been brought under control and investigation into the issue has started.

He said: “There was an incident and has been brought under control. Investigation into the matter has commenced and the reason for the action will be unveiled.”

Abdulahi also said the officer was not one of those in the joint border drill of the Federal Government that comprised the Nigerian Army, Police, Immigration and Customs Service.

0 comments on “Pandemonium as soldier kills self, Customs officer over bag of rice”