PDP urges Buhari not to succumb to pressure on Ondo 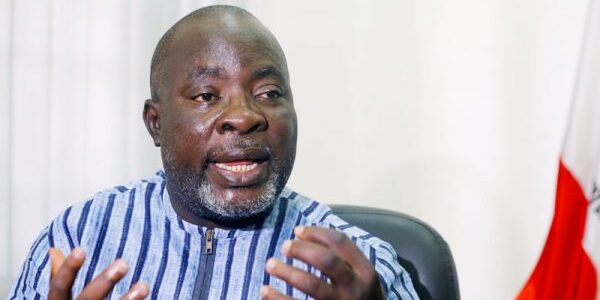 The Peoples Democratic Party (PDP) has urged President Muhammadu Buhari not to succumb to pressure to renege on his resolve not to interfere in elections, especially in the Saturday governorship election in Ondo State.

Mr Kola Ologbondiyan, Chairman, Publicity Sub-Committee of the PDP National Campaign Council for Ondo Governorship Election, made the call at a news conference in Abuja on Sunday.

He said that the campaign council had reviewed all prospects relating to the Oct. 10 election.

Ologbondiyan said that the party affirmed that its candidate, Eyitayo Jegede, enjoyed the greater support of the overwhelming majority of Ondo people and he was indisputably in good stand for victory on Saturday.

He said that it was not Jegede’s fault that Akeredolu did not perform as a governor, and that the people identified Jegede as a rallying point in their quest for a new and purposeful leadership.

Ologbondiyan said if Akeredolu had done well in the last four years, he would have been celebrating his achievements instead of threatening his people and seeking to drag in the presidency.

“Our campaign therefore calls on Buhari not to succumb to pressure by sAkeredolu and the APC to renege in his resolve not to interfere in elections, as amply witnessed in the Sept. 19 Edo election.

“We invite Mr President to note the applauses and commendations coming to him from all parts of our nation and the global community over the non-interference of his Presidency in the conduct of Edo election.

“For allowing a free, fair and credible election in Edo state, a development that allowed the will of the people to prevail.

“Mr President must not allow Akeredolu, who had been justly rejected by his people for non-performance and who has declared his citizens as his “enemies for life”, to detract from his desire in this regard.

“Our campaign therefore urges President Buhari to adopt the same Edo stance to ensure a free, fair and credible election in Ondo, without regard to partisan consideration,.

“This is important so that he can leave a legacy of electoral uprightness for which posterity and history can be kind to him.

“We make this demand because it is clear that the tide favours Eyitayo Jegede in this election,” Ologbondiyan said.

He urged Buhari to note the ongoing spate of violence already being perpetrated on the streets of Ondo state.

Ologbondiyan urged Buhari to direct the Police and the Department of State Services (DSS) to clean the ground for a peaceful election by immediately pulling in characters plotting to perpetrate violence during the election.

“This is more so as information reaching us indicates that such characters plot to pose as agents of federal authorities and unleash mayhem on the people.

“Mr President is therefore further urged to direct INEC and security agencies to restrict themselves to their statutory responsibilities as the Ondo people are ready to treat violators as fake security and fake INEC operatives.

Ologbondiyan said that the party’s campaign stood with the Ondo people in their determination to rescue their state, adding that nothing would stop them from achieving this collective resolve.