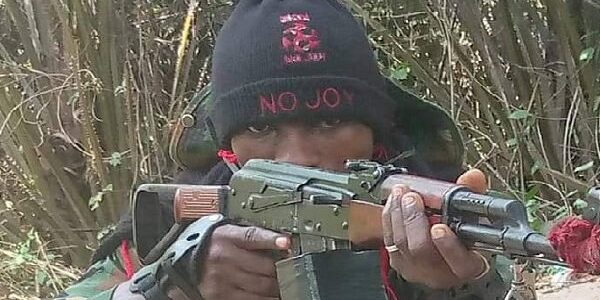 The police have identified one of the six men killed during an attempted attack on Imo Command as Joseph Uka Nnachi alias Dragon.

He is alleged to be killer-squad commander of the Indigenous People of Biafra (IPOB)/Eastern Security Network (ESN).

It claimed Dragon was responsible for over 70 per cent of the killings in the southeast.

A joint military and police team on Sunday morning killed six suspected gunmen alleged to have attempted an attack on the Police Command headquarters.

It was also alleged that four AK47 rifles were recovered from the deceased, said to have been conveyed in a bus for the operation before they were repelled.

Syndicating images of the deceased with rifles on their chests, the police alleged that the other five suspects killed alongside Dragon were his key men.