A major fuel spill at a power plant in Norilsk, Russia has seriously damaged the fragile environment in the extreme north. The plant’s owner received a dressing down from President Putin, who was angered by its slow response.

The spill happened at a power plant located some 10km west of Norilsk, a big city in the far northern part of Western Siberia. Last Friday a storage tank was damaged, and an estimated 20,000 tons of diesel fuel escaped into the environment, contaminating the ground, two small rivers and a local lake.

A small fire followed the spill after a vehicle drove into it and ignited the fuel, but luckily the flames were quickly extinguished. The work of the 440 MW power plant was not affected by the spill. It is powered by natural gas and only kept the diesel on site as a backup.

As of Wednesday, some 100 tons of fuel and 780 tons of contaminated soil have been recovered by emergency workers at the spill site. Regional and company officials said that around two more weeks will be necessary to deal with the immediate consequences of the incident.

The damage to the environment, however, will be lasting, with environmental organizations predicting it will take years to recover. Norilsk is located above the Arctic Circle, so the environment there is slow-paced and fragile.

Despite the severity of the incident, it was declared a federal-level emergency only five days later, and officials are now disputing whose fault that was. When the situation was discussed at a government meeting on Wednesday, Emergencies Minister Evgeny Zinichev said the operator of the plant didn’t inform the authorities about the spill for two days and had been dealing with the incident on its own.

“Are we supposed to learn about emergencies from social media?” President Vladimir Putin asked the company director after hearing this. “Are you feeling well over there?” 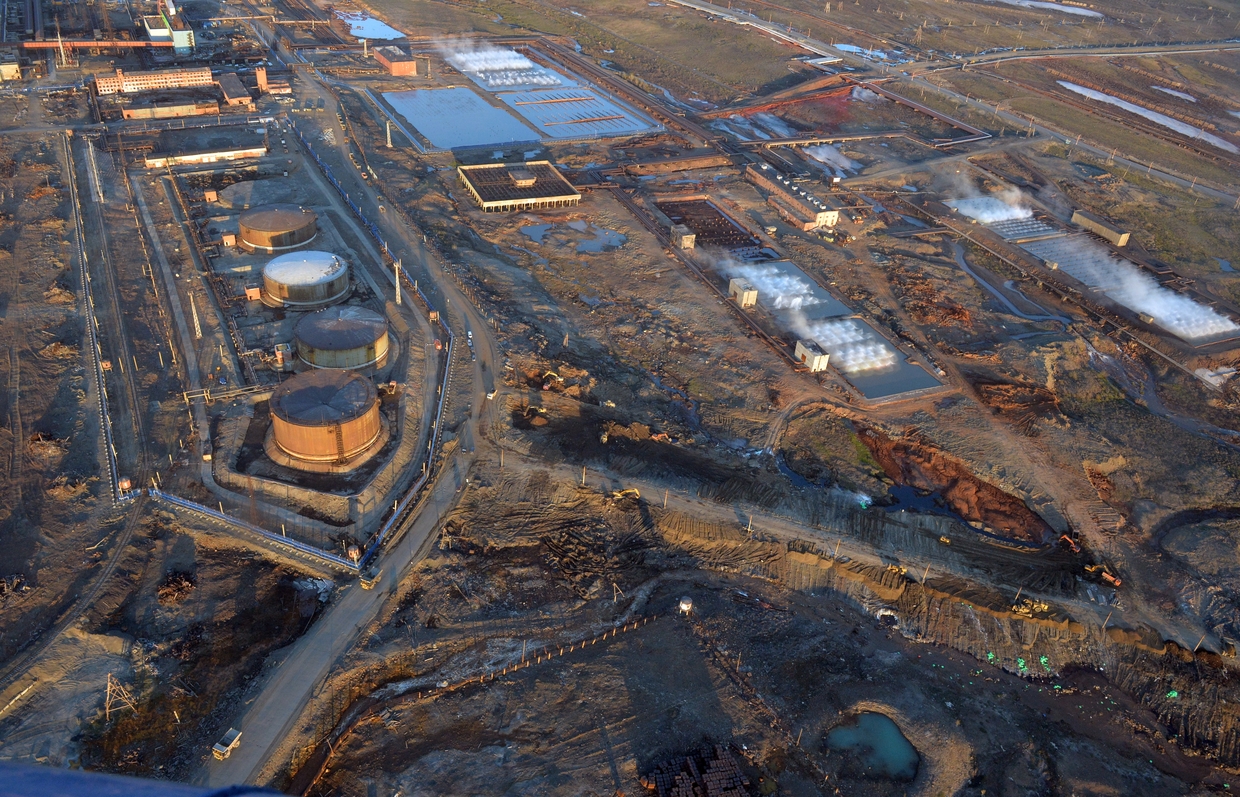 Aerial view of the TETs-3 power plant in Norilsk after a fuel spill. ©Nornickel press service

The owner, an energy subsidiary of Norilsk-based metals giant Nornickel, insisted it reported the spill right away and had the paper trail to prove it. The NTEK company is the utility serving all Nornickel plants and the wider Norilsk area. It supplies heat and fresh water to Norilsk and surrounding settlements and operates a power grid, which is not connected to the main national grid due to the city’s remote location.

The General Prosecutor’s office will be looking into the circumstances of the incident, which was initially treated as a case of violation of safety codes and serious environmental damage. The plant manager immediately responsible for the fuel tank has been arrested and used his constitutional right not to incriminate himself. 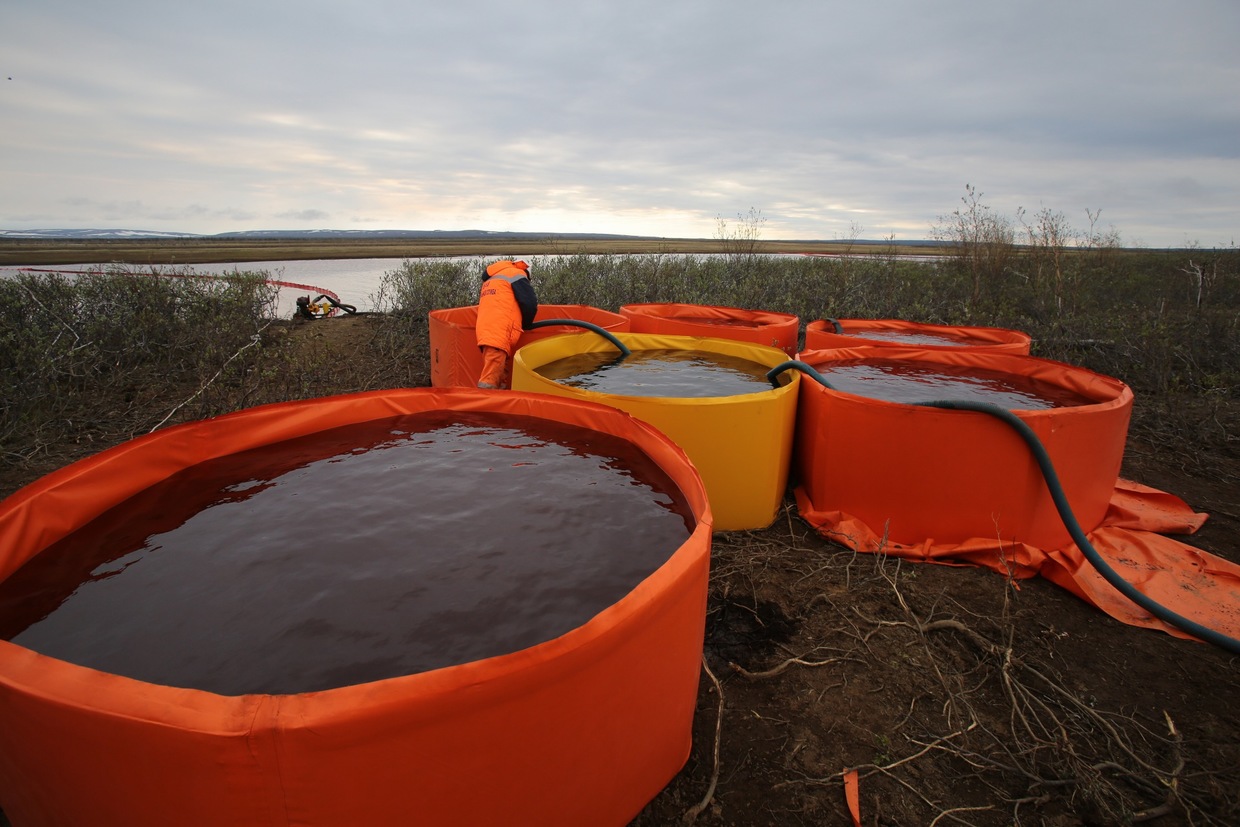 Temporary containers used to store fuel collected from the Ambarnaya River after a spill near Norilsk. ©Nornickel press service

Initial reports say the spill was caused by a structural failure of the tank’s foundation. The operator said the tank had been in use for over 30 years and may have been compromised either due to age or because climate change made the permafrost less solid than it used to be when the structure was designed.

The Russian Emergencies Ministry said on Wednesday it had a sound plan in action to fully liquidate the spill. The spread of the fuel was reported to be fully contained by Tuesday, preventing it from seeping into any major waterway that could carry the fuel north to the Arctic Ocean.