Putin tells Biden: Russia ready to cooperate on cybersecurity, but no requests come from Washington 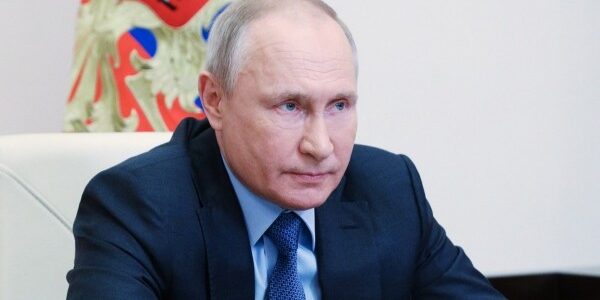 Cybersecurity cooperation between Russia and the US should be regular and professional, Russian President Vladimir Putin told US President Joe Biden. Yet, Washington stays silent when it comes to individual cases, he added.

Cyberattacks are indeed a major challenge that both Russia and the US face together, the Russian leader said in a phone call with the US president on Friday, the Kremlin said in a statement.

The scale of this challenge requires cooperation between the two nations to be “regular, professional and non-politicized,” Putin added, pointing to the “special data-sharing channels” between the relevant Russian and American authorities.

Russia is ready to tackle the criminal activities in cyberspace together with the US, Putin noted, adding that it is the US that has not contacted the relevant Russian agencies on any such cases over the past months.

Putin’s words came in response to Biden’s demand on Russia to “act” every time a ransomware attack is launched from its territory. “When a ransomware operation is coming from his soil… we expect them to act if we give them enough information,” Biden told journalists after the phone call with Putin.

A White House spokeswoman also admitted after the phone call between the two leaders that Washington has no new evidence suggesting that Moscow might have anything to do with any of the cyberattacks.

Biden still told Putin the US would defend its citizens and infrastructure in the face of what he called the “ongoing” attacks.

Cybersecurity aside, the two leaders also discussed the humanitarian situation in Syria. They both welcomed the coordination of efforts between Russia in the US in this field, particularly in the UN Security Council. Vladimir Putin also expressed his condolences to Joe Biden over the collapse of a condominium in Florida last month that claimed dozens of lives.

0 comments on “Putin tells Biden: Russia ready to cooperate on cybersecurity, but no requests come from Washington”