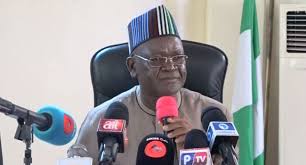 Senior Special Assistant to Governor Samuel Ortom on Animal Husbandry, Alhaji Shehu Tambaya has said that his principal was right to have demanded the federal government to approve N100 billion for Benue for the establishment of ranches.

Tambaya who stated this in a chat with our Correspondent in Makurdi on Sunday said aside that, the federal government also owed Governor Ortom an unreserved apology for making it look like he did the wrong thing by accenting to a law banning open grazing in the state.

“It is most surprising that the same President Muhammadu Buhari who has been insisting on reopening cattle routes across the country has now approved a huge sum of N6.25 billion for the establishment of ranches in his Katsina home state.

“Tell me what this is if not hypocrisy of the highest order. How can you be vilifying somebody for trying to proffer solution to an issue and then, you go behind to adopt his solution for your own use alone. This is not fair!”

Ortom’s aide further maintained that open grazing is no longer in vogue as it is outdated and out of fashion the world over adding that ranching is now the world’s best practices.

Tambaya posited that if only the federal had, from the onset, supported the enactment of the anti open grazing law in the state, the country wouldn’t have witnessed the kind of insecurity with it’s attendant loss of several lives and property in the last few years.

“When Benue started talking about ban on open grazing and establishment of ranches, my principal was looked upon as a bad person, but now, we all can see how everyone, including the President, has queued behind him to adopt the solution he earlier proffered.

“I dare say that Ortom is a pacesetter who should rather be celebrated instead of being vilified. That’s why we are insisting that if President Buhari can give approval for ranches to be established in his home state, he should know that Benue deserves more, and with an apology too,” Tambaya stated.