Rapists will be hung to death in Kaduna ‘ El-Rufai 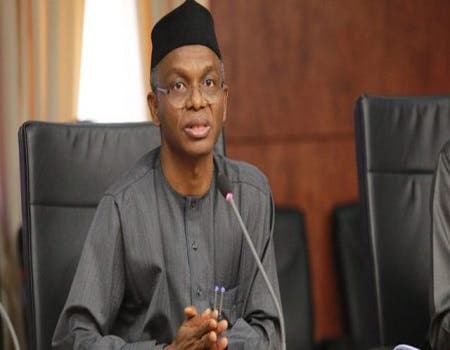 Rapists will be hung to death in Kaduna ― El-Rufai

Governor Nasir el-Rufai of Kaduna State has assured the people of Kaduna State that no matter what it takes he will sign the law that recommends death penalty by hanging for rapists in the state.

This was disclosed by the Commissioner for Human Services and Social Development, Hajiya Hafsat Baba, in her verified Twitter handle.

According to her, the issue of rape has assumed a very worrying situation that several attempts to end the menace is proving difficult.

It would be recalled that Kaduna had witnessed a series of rape cases in recent times, among the most prominent, was a case of an adult who raped a two-year-old girl to death in Zaria.

When the case was brought before a High Court Judge in Zaria, the accused was sentenced to death by hanging.

People are now waiting for the governor to sign his death warrant.

Baba affirmed that the new law has already got the governor’s blessings, saying, the governor is ready to sign it into law and end the menace.

Quoting from the governor’s Twitter handle he said, “No matter how tired and exhaustive I am, I will sign the death penalty by hanging for rapists, because they shouldn’t live with us in Kaduna.

“We are committed to ending rape by all means in Kaduna State. Are you?”