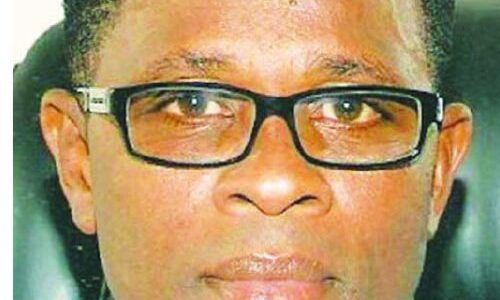 Former Deputy Governor of Imo State, Jude Agbaso whose impeachment seven years ago was recently nullified by a High Court, in this interview speaks on the development and the state of the nation.

Naturally, I feel good because from the word go, I pleaded not guilty of the accusation leveled against me. They were false. So the impeachment was baseless. That vindicates me.

Did you see that coming?

I would say yes. That was what gave me the hope to stay in court for all these years. Recall that the matter went from the high court to the appellate court and to the Supreme Court. If I wasn’t sure of my innocence, if I wasn’t sure that the due process was not followed in my impeachment, I wouldn’t hold tenaciously on to that because the judgment was really long in coming.

Looking back at what happened seven years ago, what would you say could have been the reason for then Governor Rochas Okorocha who initiated the move for your impeachment to take that step?

With the benefit of hindsight, I will tell you that he initiated and engineered my impeachment because he felt there was a need to get me out of the way so that he could do the things he proceeded to do after my removal. You know he was accused variously by the people and government of Emeka Ihedioha that came after his administration and now the administration of Senator Hope Uzodinma of crimes ranging from theft to conversion of public money, public property, illegal and illegitimate acquisition of land and all kinds of things including mis-governance. These things have gone through a judicial panel of inquiry and a white paper released. I played the role of his conscience while I was there. When things were going wrong, I humbly pointed out, ‘Your Excellency, this may not be the right way to go’. Of course the chief executive will always have his way but if you consistently insisted that the right thing must be done, then your voice would not be the kind he would be looking forward to hearing.

Your elder brother, Chief Martin Agbaso who many people believe is a political heavyweight was the power behind Okorocha getting the APGA ticket to become governor in 2011 and you became his deputy. Did you see what happened as a betrayal to your brother?

Of course, it was a betrayal. If a man gave you such an opportunity, he not only permitted you the ticket of APGA where he held sway as the leader, he committed a lot of money and physical presence to your winning the election. You will recall that at the supplementary election that followed, he was at the INEC head office for almost 48 hours, standing guard to ensure that APGA was not rigged out so to speak. He committed resources to make sure that Rochas became governor. So surely, it was a betrayal of the worst kind. You just couldn’t come and upset things simply because you wanted things the dark way.

In other words, would it be right to say that Chief Agbaso was godfather to both the governor and the deputy?

Well, I wouldn’t know about the use of the word, godfather. All I know is that Chief Agbaso played a prominent and all encompassing role to the emergence of Rochas as governor, and to my emergence as deputy governor. He nominated me as deputy but you can now paint it in any kind of words and it doesn’t change what it is.

Back to the allegations raised against Senator Okorocha by the state government. How do you think this matter can be resolved?

It is actually out of the hands of Governor Hope Uzodinma. You must recall that a judicial panel of inquiry was set up by His Excellency, Governor Emeka Ihedioha while he was governor, following pressures from the people of the state. Recall that there was a litany of complaints from people who have been dispossessed of their lands by Rochas and his co-travelers, his family members. Remember there has been a massive cry over mis-governance. You must remember that by the end of 2019, motorable roads in the state were few and far apart. You must recall that our school system had broken down. By 2011, Imo State secondary schools were not placed lower than fourth place on the WAEC table of achievers but by 2018, we were way down the 20s. Remember that people frowned at things like distributing money – N200 to N300 to primary and secondary school students, public money unaccounted for. The money was distributed to public schools in the metropolis of Owerri, Orlu and Okigwe but what happened to the rest of the state? The civil servants were complaining. It got to a crescendo where Rt. Hon. Emeka Ihedioha now instituted a panel and when Governor Uzodinma came, he did a wonderful thing by allowing the panel to continue uninterrupted.

It was the panel that indicted Okorocha. The panel invited him severally but he never honoured any of the invitations. If there was anything to resolve, he should have gone to that panel to tell his side of the story, if he had any and maybe they wouldn’t have arrived at the conclusions they arrived at.

But when Okorocha was governor and you were deputy, we also saw a long list of infractions that were said to have been committed by former Governor Ikedi Ohakim but till date we are not aware that he has refunded anything to the government and people of Imo State. How is this going to be different?

Well, was a Judicial Panel of Inquiry set up; was due process followed? Did you hear of any pronouncement against Ohakim? In this instance, there is a Judicial Panel and they came up with a position. A High Court of Imo State ruled a few weeks ago, the forfeiture of some of the properties the former governor purportedly converted to personal use. The law is being followed, due process is being upheld.

What is your assessment of Governor Hope Uzodinma’s one year in office?

I will give him a pass mark.

What are the indices?

He took over power sometime in January last year. Then, sometime in March, we went on lockdown, and that period was a rainy season so there was practically little or nothing anyone could do in terms of building infrastructure. The roads in all the major towns in Imo were completely washed out. You couldn’t move from one point to the other. A journey that should take about 35 minutes was taking two to three hours. From Owerri to Umuahia; to Orlu; to Okigwe are about the same way even as we speak. So for his administration within these few months of dry season to have done the Chukwuma Nwoha Street in Owerri, the Dick Tiger Street that leads to Owerri – Umuahia Road and a lot of work on MCC Road. Also, the Federal Secretariat/World Bank Road, the Assumpta Cathedral/Port Harcourt Road Roundabout down to Okigwe Road and the 46 roads they listed, that I have seen, that they are working on and some that have been commissioned. He has great plans for the health and education sectors, the civil service and the judiciary. We are hopeful. If he continues the way he has gone so far, then we should count ourselves lucky for having him as governor. If he will continue with the quality of roads he has done so far, there wouldn’t be any need to be doing roads every year or two years. Roads are meant to last for upwards of ten years.

As we count down to 2023 elections, there have been arguments on which geopolitical zone should produce the next president. What’s your take on this debate?

You know, we are a peculiar people. We are Nigerians. In Igboland we say ‘Emee nwata ka emere ibe ya…’ That is, if you treat someone the way others have been treated, they feel good. People of the South East deserve to be given the presidency. They should be given a chance the way we have given people from the South South, South West, North West and others. There’s a gentleman’s agreement in place that power should be rotated…

But some political parties say there is no such thing in their parties.

Well, they can say so but like I said, it was a gentleman’s agreement. But if one was ungentlemanly, he would then say the agreement never existed but it is common knowledge in Nigeria that at some point, such agreement was in place. And even if such an agreement wasn’t in place, equity and fairness demand that somebody of South East extraction should be president. They are known to be true Nigerians. There is no part of this country that you will not find them even as the Boko Haram insurgency rages, if you go to Borno State or Yobe, you will find them there, doing business. And I’m sure they will make a difference.

Apart from Boko Haram insurgency, the security situation in the country is assuming a more frightening dimension by the day with all forms of banditry. For someone who has been in public office like you, what would you recommend as a way out?

For me, it’s a systemic thing. The way our apparatus is set up makes it very unwieldy and unworkable. I have advocated for years, for State Police. The answer is decentralisation of the police structure. If various states were policing their various enclaves, the level of insecurity we have today would have been nonexistent. Good budgets have been made for the police, year after year but what trickles down to the local communities where the actual crimes are committed becomes infinitesimal. There are stories of crimes being committed, you call the police but they can’t come for good reasons. They don’t have the logistics; they don’t have fuel or driver or some cogent reasons. If the police force is decentralised, it becomes more manageable. State police is long overdue.

If there is no State Police, eventually, we would get into a state of lawlessness. We have seen the rise of vigilantism of all shades and colours because there is a vacuum. If there is strong local police there wouldn’t   be room for vigilantes and self help.

0 comments on “Reasons Okorocha desperately wanted me out —Agbaso”