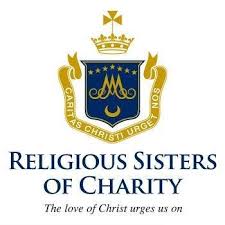 The Religious Sisters of Charity, a Roman Catholic religious institute founded by Mary Aikenhead, has called on the Federal Government to institute strong punishment for those “who buy sex and encourage child trafficking,” as a way of discouraging  child trafficking and illicit sex in the country.

Speaking at a seminar to mark the 2020 Human Trafficking day, a member of the organization, Reverend Sister Gloria Ozuluoke, said government should make a law to criminalize those who buy sex, explaining that if there is no buyer there won’t be sellers.

She said: “If there is no buyer there won’t be sellers, other than criminalizing the victims and leaving the culprit free, government should make a law to also punish the buyers because in that way the crime would be completely eliminated.”

She said the various cases of human trafficking in Nigeria is against human dignity and destroys the moral of Nigerians. She lamented that despite the ongoing awareness and sensitization campaigns, human trafficking is still on the increase.

In a lecture organized to create awareness, which was held at the St Joseph Catholic Church, Kirikiri town, Ozuluoke listed what drives human trafficking to include illegal migration, poverty, economic and political instability and lack of social support.