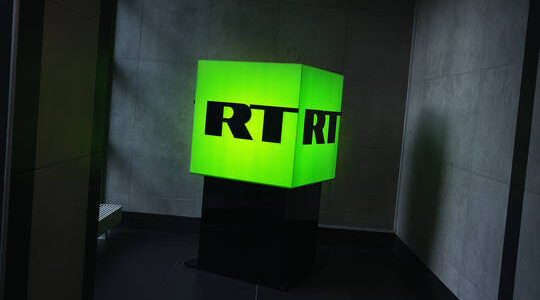 Google has been ordered by Moscow’s arbitration court to restore RT’s YouTube channels, which were blocked by the tech giant following the launch of Russia’s military operation in Ukraine.

The decision was announced on Tuesday as the court found in favor of ANO TV-Novosti, RT’s founding company, against Google LLC, Google Ireland Limited and the Russian Google division. They have been ordered to restore access to some 27 blocked channels.

If they fail to do so, a court penalty of 100,000 rubles per day ($1,694) will be imposed on Google until access to all of the channels is restored. Every week, the amount of the daily penalty will double.

Google now has 30 days to appeal the court’s verdict.

The lawsuit against Google was filed back in May when the court, at RT’s request, took interim measures to “make sure it is possible to enforce the judicial act” against the company and seized all financial assets and movable and immovable property of the tech giant’s Russian division to the value of 500 million rubles ($8.4 million).

Similar amounts have also been seized from the company in two other pending lawsuits filed by Russian television companies NTV and the GPM Entertainment Television, which have also had their content blocked on YouTube.

YouTube administrators restricted access to all RT and RTD channels in early March, shortly after Russia launched its military operation in Ukraine.

According to a March report from Roskomnadzor, Russia’s media watchdog, there have been some 54 cases of YouTube restricting content belonging to Russian channels.

Following the launch of Russia’s military offensive against Ukraine, Western governments and private tech companies began a censorship campaign against Russian media they deem to be ‘state-controlled’. The European Union completely banned RT and Sputnik from its airwaves. RT America was forced to cease operations amid US sanctions on Moscow, while Google removed RT’s and Sputnik’s apps from its Play Store, and YouTube blocked access to all of the broadcasters’ channels.