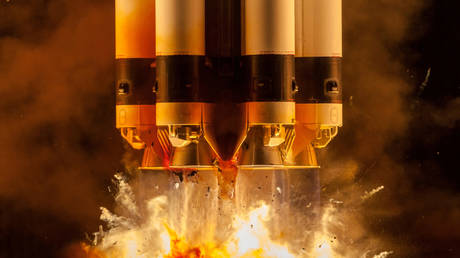 Roscosmos is partnering with a US firm to send two space tourists to the International Space Station (ISS) next year, the Russian space agency has announced.

The names of the two individuals are promised to be disclosed sometime in the first few months of 2021.

The launch will be carried out in partnership with US-based Space Adventures and is scheduled to take place late next year. Roscosmos signed a contract with the US company in February 2019, agreeing to send two tourists into space by 2022.

The Russian agency has already begun work on a Soyuz-MS spacecraft and a Soyuz-2 carrier missile for the planned space trip. The tourists are covering all expenses related to the flight, Roscosmos said.

The two lucky (and presumably very wealthy) travelers won’t be the first tourists to have the honor of visiting the ISS, however. Roscosmos and Space Adventures partnered in 2001 to send the world’s first space tourist, Dennis Tito, to the ISS. The voyage reportedly cost Tito $20 million.

Russia temporarily halted tourist flights to space in 2009, after ISS crews grew in size and there were no longer extra seats for civilian adventurers. British soprano Sarah Brightman was scheduled to make the journey in 2015, but she canceled before the launch took place.