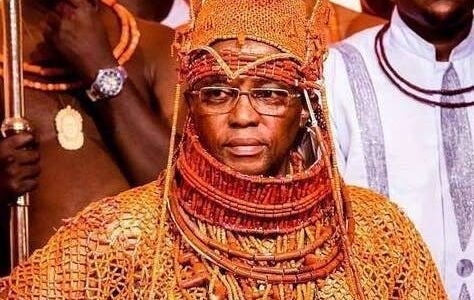 Oba of Benin, Ewuare II, on Tuesday, approved an Interim Elders Council for the Holy Aruosa Cathedral, Benin with the mandate of nominating an acting priest to oversee its activities.

This was contained in a press statement issued by the Secretary, Benin Traditional Council, (BTC), Mr. Frank Irabor and made available to newsmen in Benin City.

Recall that Mr. Harrison Okao, the presiding Priest of the Holy Aruosa Cathedral, Benin was on February 4, 2021, relieved of his roles as the priest of the Cathedral for allegedly violating the age-long tradition of the church.

“The mandate for the Interim Elders Council is to nominate an acting Ohenosa for the Holy Aruosa Cathedral of Benin as soon as possible for consideration and approval of His Royal Majesty”, the statement said.

The release also announced the dissolution of the Elders Council headed by the acting chairman, Chief Jackson Omonomose Igbinovia (Osagiobariase)

“This is to announce to the general public that in order to expedite the reopening of the Holy Aruosa Cathedral of Benin which has hitherto been closed for reorganization as a result of the removal of Mr Harrison Okao as Ohenosa, the Benin Traditional Council has been directed to announce the dissolution of the Elders Council headed by the acting chairman, Chief Jackson Omonomose Igbinovia (Osagiobariase)”, it said.