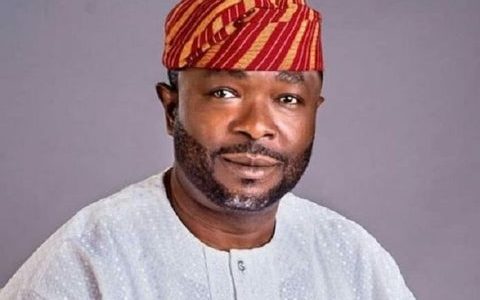 The national leader of the All Progressives Congress (APC) and former governor of Lagos, Asiwaju Bola Tinubu, on Monday stated that the unexpected death of Senator Bayo Osinowo hurts him and Lagosians deeply as the late senator was more than a close friend and political associate to him.

Tinubu while reacting to the unexpected passing of Senator Osinowo stated that he had over the years became his family member and brother in so many ways, adding that “Bayo and I have come a long way, dating back to our days in the pro-democracy struggles. We both enlisted in the Social Democratic Party where he served so well as the youth chairman of that party during the Third Republic and later in the Alliance for Democracy in 1998 after the restoration of democracy. Bayo’s contributions to the return of democracy were significant and enduring.

“As a prominent political figure in Lagos, he served our state with dedication, passion and concern for the common man. In the Lagos State House of Assembly, where he was a four-time member from 2003 to 2019 representing Kosofe Constituency 1, he was more than a member of that House. He provided leadership. He was a stabilising figure. He worked hard and tirelessly to make Lagos a better place. He cared for all Lagosians.

His election in 2019 to represent Lagos East in the Senate demonstrated not only his immense political skills but also the affection the people have for him and his popularity. Thus far in the National Assembly, he discharged himself creditably as Chairman Senate Committee on Industries.

“Like the committee he headed, Bayo was extremely industrious. Bayo was not born with riches. He rose from a modest background to the great heights that he attained,” he said.

According to him, Senator Osinowo’s death hurts all who know him because he was not only an excellent politician but he was also a better person and a man of a kind heart and ready smile whose loyalty and enthusiasm was legendary, just as his generosity.

“People loved him. So many tears have been shed. However, we must summon the strength to carry on as he would want us to do. My thoughts are with his immediate family. May Almighty Allah comfort and give them the solace that only He can provide. May Almighty Allah grant him eternal rest and admit him to Aljanna Firdaus,” he prayed.