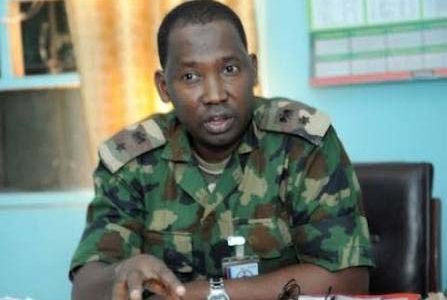 The incident happened around 10:30 am on Wednesday when the soldier approached the officer who was making a call in front of the unit’s headquarters and gunned him down.

The acting Director Army Public Relations, Col. Sagir Musa, said the soldier had been arrested and is undergoing investigation.

According to him, the general situation in the unit is calm.

Musa in a statement titled, ‘Nigerian soldier suffering from depression kills a subaltern in Borno State’, disclosed that the remains of the deceased officer had been evacuated to 7 Division Medical Services and Hospital.

said, “Investigation into the case has since been instituted to determine the circumstances that led to the unfortunate incident. The family of the deceased has already been contacted.

“The Nigerian Army sympathizes and condoles with the family at this trying moment, and pray for the repose of the soul of the departed and grant his family and other loved ones the fortitude to bear the irreparable loss. May his gentle soul rest in peace.”

Fasanmi was my mentor, fought for restructuring —Tinubu

Fasanmi was my mentor, fought for restructuring —Tinubu

Human trafficking worse in US than Nigeria – NAPTIP12:24 am

Some persons against peace in Nigeria – Gowon12:22 am

Terminus for the anti-corruption struggle?12:18 am

So This Happened (Ep 50) reviews entrepreneur, Izu’s suicide after rape allegation, Oshiomhole’s prayer for Obaseki, others

US kicks over citizen murder in Pakistan court

Terminus for the anti-corruption struggle?

Endometrium abnormality as a cause of infertility (2)

Mask up, people; you’ve nothing to lose

Re: Osinbajo: Beyond the nostrum

Ensuring efficient use of public funds

Some persons against peace in Nigeria – Gowon

I am now a political orphan, Akande mourns Fasanmi

Borrowing: Give us option to China, Amaechi challenges National Assembly 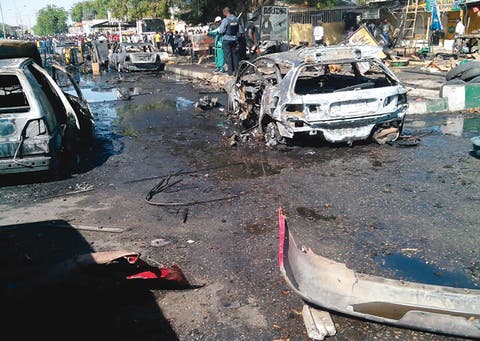 Borno Commissioner of Police, Mohammed Aliyu, on Thursday, said a person was killed in the attacks suspected to have been orchestrated by insurgents while 16 others were injured.

The sound of the explosions in Mairi, Custom and Gwange areas of the state boomeranged all over the state, sending many into panic mode.

Aliyu said the actual cause of the explosions was yet to be ascertained but security operatives had been dispatched to the affected areas.

He said, “We have dispatched our Explosive Ordinance Detection to investigate the incidents and to determine whether it was an Improvised Explosive Device.

“Right now, I am at the Specialist Hospital where we have 16 casualties and one dead so far.”