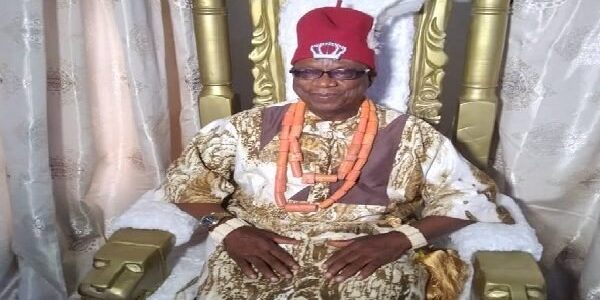 HRM Agbogidi Obi Solomon Eziokwubundu Nwoko has been announced as the authentic King of Idumuje-Ugboko.

This was made after a meeting of Aniocha North, Traditional Rulers on Thursday, 28th January 2021 under the Chairmanship of Obi of Issele Azagba.

It will be recalled that Idumuje-Ugboko had for years been enmeshed in a turbulent succession tussle since the death of the king , His Royal Majesty, Obi Albert Nwoko III, MON.

Crisis was reported to have begun when the late Obi’s son, Prince Chukwunonso Nwoko declared himself king barely 24 hours after his father’s demise in total violation of Idumuje-Ugboko’s custom and tradition.

The two other eligible contenders to the throne, Prince Solomon Eziokwubundu Nwabuokei Nwoko, the Great Grand son of Obi Nwoko I, the Founder and First Obi of Idumuje-Ugboko and Prince Uche Nwoko, the son of the late Obi Albert Nwoko III, Prince Chukwunonso’s half brother, challenged the usurpation of the throne by Prince Chukwunonso.

The protracted crises and enmity that followed led to the intervention of the Delta North Traditional Rulers who assumed jurisdiction over the royal tussle as the contestants agreed to abide by the verdict of the Royal Fathers.

After almost two years of deliberations, historical analysis and fact finding, these Royal Fathers, the custodians of culture and tradition, in all their majesty, declared His Royal Majesty, Agbogidi Obi Solomon Eziokwubundu Nwabuokei Nwoko as the bonafide Obi of Idumuje-Ugboko.