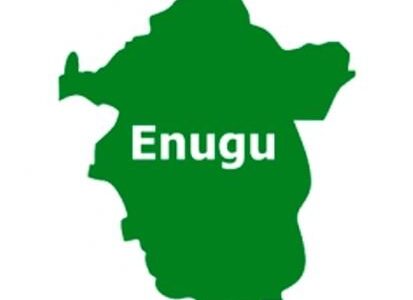 The late William Ogbu was married and had five grown up children including two sons and three daughters who had all been married and now living with their husbands.

Ogbu was killed with an axe by his son, Johnson Ogbu about three days ago and buried in a shallow grave near a plantain farm near his Umuidenyi residence.

Johnson was said to have been treated for psychiatric problems but later regained his sanity before becoming a shoe maker.

Sources said that the people of the Umuidenyi clan in Aji were celebrating their day; hence, Johnson’s mother left her husband and son at home alone to attend the event which took place at the Umuidenyi Town Hall.

Johnson was said to have met his father inside the house and used an axe to break his skull, leading to his immediate death.

He later dragged his father’s body to the nearby plantain plantation and dug the ground where he buried the body.

It was alleged that Johnson’s mother who came back later asked her son the whereabouts of his father and was informed that the man was sick and had gone to see a doctor without mentioning any particular clinic where he had gone to seek medical attention.

“We looked for him for three days, combing all the hospitals around. It was when we failed to locate him that we alerted the members of the Aji Neighbourhood Watch Group, which in turn alerted the police. The police arrived on Friday morning alongside members of the neighbourhood watch and later found a shallow grave near the compound where William was buried in a standing position.

“His head was broken while Johnson used another sharp object to perforate his stomach and other parts of his body,” a member of the family who confirmed the report said.

Meanwhile, Johnson, who was manacled, was also sighted at the Enugu Ezike Police Station at about 1 pm on Friday.

0 comments on “Son axes father, 64, to death in Enugu community”