Southern Kaduna killings: This is war against Christians 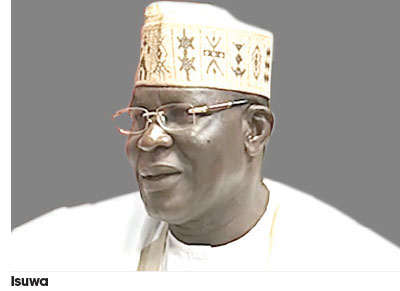 National Publicity Secretary, Middle Belt Leaders Forum, Dr. Dogo Isuwa has said that the agenda to Islamise Nigeria is real and should not be treated with kid gloves. In this interview, he said terrorists are currently carrying out genocide in Southern Kaduna.

Southern Kaduna killings: This is war against Christians

National Publicity Secretary, Middle Belt Leaders Forum, Dr. Dogo Isuwa has said that the agenda to Islamise Nigeria is real and should not be treated with kid gloves. In this interview, he said terrorists are currently carrying out genocide in Southern Kaduna.

What would you say are the causes of renewed violence in Southern Kaduna?

I don’t want to call it renewed but continuous, escalated and increased violence. I say this because it has been there probably since 2011. It is genocide on the people of Southern Kaduna. It is an attempt to wipe off all the people of Southern Kaduna. It is alarming that there is a conspiracy; I do not know how to describe the conspiracy to the extent that at the federal level, they do not see anything wrong in it. So, to me and we in Southern Kaduna, we believe that there is that understanding between the Kaduna State and Federal Government to wipe off the people of Southern Kaduna, otherwise, nobody in his right senses would be talking of what has been happening of recent that it is a revenge. What kind of revenge is that? The person did not tell us when they were attacked in the first place, the people that died, where and when they died. You just start saying it is revenge. The Kaduna State government imposed a 24 hour curfew. As I am talking to you now, today(July 24), it is 44 days, if I am not making a mistake. Would one not say that you imposed the curfew to even stop the local people from defending themselves so that the criminals, mercenaries and terrorists that have been contracted to wipe us out will now have a field day without any form of resistance? Where are the security officials that have been stationed to enforce the curfew when these people are coming in their dozens to kill us everyday? Before I

spoke to you, I was told that a village is being attacked and people are being killed. It is not to say that it is random; no, for the past one week, we are being attacked and killed everyday. When some newspapers or television happen to report that about 20 have been killed, be rest assured that 40 have been killed. How can a reasonable, responsible and logical government go and pay terrorists so that they would not come and kill us, yet the terrorists are killing us now more than ever before. So, we can conclude that the Kaduna State governor did not go to pay the terrorists to stop killing us but to give them more money to buy arms to come and kill us more. That is my interpretation. Now, the Federal Government would send the Air force and all sorts of security people to Zamfara, Katsina and Sokoto when what is happening there is not up to what is happening in Southern Kaduna. But Garaba Shehu, the Special Assistant to President Buhari would say we have this and that; it is only in his imagination because nothing like that has happened in Southern Kaduna. Nothing which Garuba Shehu said exists in Southern Kaduna.  And I repeat, why is it that the very place where you have 24 hour curfew, terrorists are going about killing people in the villages? How did they get the permission to move around? How did they get the arms and all that?

But does the recent escalation of violence have anything to do with Fulani herdsmen/farmers clashes?

I remember time immemorial that there is nothing like Fulani/farmers clash. There has never been anything about land grabbing or herdsmen clashes with people of Southern Kaduna. Those who are coming to kill us are sponsored and they know themselves. They give them all the ammunition, protection and everything they need to kill us. Does the conflict take place in the farm? No. They come and kill us in the night or any time they feel like. They carry out their activities in our villages, burn down our houses, kill women, children and destroy our crops. I do not know how our people are going to feed this year because they cannot step out and get to the farm. If they are killing them in the villages, is it in the farms that our people would be safe. Certainly not!

So, what in your view are the motives behind all these?

The motive is to Islamise Nigeria and not even Southern Kaduna. The only unfortunate thing is that those people sponsoring them to kill us may not live to see it. I said something like this since 2011 and nobody believed me that it would come to be like that in Katsina, Zamfara and Sokoto. Those who kill us don’t speak English or Hausa. They only speak Fulfude and French. So, they are not Nigerians. Let me tell you; a local Fulani man goes about with AK47 and I ask you how many cows would he sell to buy such a rifle. You have to sell four or five cows or six to buy one AK47. A Fulani man would never sell his cow to buy anything except food or medication. Again, how are they trained in the use of AK47? Where did they train and how did they identify those villages to go and massacre them on a daily basis? Now, some people sit down and claim they are Miyetti Allah and that they are supporting them. Those are the collaborators with the terrorists and those are the people being used by the powers that be to come and kill us. You would never see them with cows. That is the critical thing. If they are Fulani and they are clashing with farmers, where are the cows or are they invisible? The cows are neither seen in the day or night. The only thing the terrorist have is that they have superior weapons and they are ready to kill anybody in the villages. That is the reality.

Apart from the perpetration of violence in the vulnerable areas to subdue the pople of Southern Kaduna, what other strategies do you think the terrorists and their collaborators deploy to achieve their aims?

Like I said before, it is not about Islamising Southern Kaduna but Nigeria as a whole. When they went to kill in Enugu, did they go with cows? When they are killing all over Benue, how many places do you see the cows? When they kill in Nasarawa, how many times do you see the cows roaming about? When they kill in Adamawa and many other places in the Middle Belt including Taraba, have you been seeing them going about with their cows and so on. So, there is nothing like Fulani herdsmen/farmers clashes. Let me tell you in political parlance why they coined that; the reason is to make the people think that it is a local clash; it is for maximum genocide so that the villages would lose their guards and not be in a position to defend themselves. At a particular point, Governor El-Rufai said they should go around and mop up the weapons but what they found in Kaduna were ‘dane guns’, cutlasses and those kinds of things. Is there any reasonable home that you would not have a knife or cutlass? But even some televisions aired it and said they were weapons collected. And shamelessly, the military that went about doing all those things, displayed them and they were talking about weapons. I was surprised that a military man would call an axe or cutlass weapons and say they are used in killing anybody. Go also and look at the scenario of what has been happening all this while. What the governor has said; what the Federal Government has said, all those do not exist. I can tell you that as far as we are concerned, Southern Kaduna is just a test ground.

So, what you are saying in effect is that Governor El-Rufai is not doing enough to secure people of Southern Kaduna?

In my view, the Kaduna State governor is part of the terrorists killing us. Let me tell you why; I said this and I am not afraid to say it if you put me on Mounts Kilimanjaro or Everest; it is an open secret that they went to pay terrorists so that they would stop killing us. Where on earth does a government that is supposed to protect lives and property go and pay terrorists to stop killing the people. How did the government know the country they came from? How did he identify where they are located in that country? How did he determine how much he was supposed to pay them? And how much did he take to the country to pay if he is not a terrorist himself? We can put these things in a logical sequence. That is the truth because unless you are part of them, you would not be able to deal with them. You went to those places and you carried dollars or Naira as the case may be. So, in my view, El-Rufai is a terrorist. He is part of those who are killing us in Southern Kaduna, otherwise, he would not have 24 hours curfew and then others are going about killing people and you prevent the victims from even looking for their daily bread. Even the Federal Government, have they ever imposed 24 hours curfew for 44 days? And what led to the curfew? He did not tell us. How did the killers enter Kaduna and all those places in the first place? Where did the Army and Police officers go that the terrorists are coming to kill us even when there is a curfew? Nobody is arrested and not to talk about any terrorist being killed. These are questions begging for answers.

But what are the Southern Kaduna leaders doing to stop the violence? Do you think you

people are drawing enough attention to the true situation in that place?

The whole world know about this; there is no part of the world that do not know that Christians of Southern Kaduna are being annihilated. We are not talking of Nigeria now but the whole world. Except you are saying that we should start telling Southern Kaduna people to start arming themselves and how far would that go and for how long. And is it possible to do that because we would be fighting the government both at the state and federal level. We will then be inviting a complete and total annihilation of our people. If we are not doing anything, not even insulting people, and they are coming to kill us and they call it revenge killing, imagine if a Southern Kaduna person has used Catapult to shoot even a bird, they would say he has shot a Fulani man and they would now come and eliminate everybody. We are helpless. The media should tell the world the truth about what is happening. Let me deviate a little. When has it become a tradition to reward criminality? People are killing, destroying villages, and you then say you give them pardon and even send them overseas for training. But the victims, what do you give them? Nothing.

0 comments on “Southern Kaduna killings: This is war against Christians”