Sultan: Bandits Now Set Rules That Must Be Obeyed 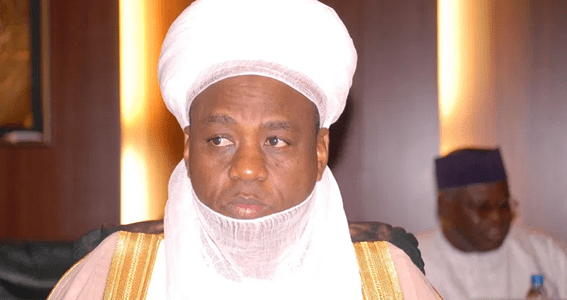 Sultan of Sokoto, Alhaji Muhammad Sa’ad Abubakar III, has again disclosed that bandits now rule in some communities in the North. The traditional ruler, who was reacting to the killings of over 43 rice farmers in Borno State, lamented that nowhere was safe in Nigeria. The Sultan, who spoke through a statement by the apex Islamic body, Jama’atu Nasril Islam (JNI), asked Imams across the country to embark on special prayer against insecurity five times a day. The statement, signed by Secretary-General of JNI, Dr. Khalid Abubakar Aliyu, said: “Wanton killings, acts of banditry, kidnapping for ransom, high rate of unemployment amongst the youth, rape and all forms of terrorisms have now become the ‘New Trend’ in our communities. “Nigerians have become so much terrified, as nowhere is safe; the home, the farms and the roads.

Bandits now rule in many communities, they set rules that must be obeyed.” The President-General of JNI identified with the government and people of Borno State over the gruesome massacre of innocent rice farmers in Zabarmari, Jere Local Government Area, “which was the height of bloodletting ever committed in recent history.” He said: “Fourty-three human beings were slaughtered without any intervention by the security forces in the area.

The senseless act stands condemned in the strongest of terms. “Unfortunately, the common man is now caught inbetween two contending phenomena; when he goes to the farm, he gets killed and when he stays at home he dies of hunger.

It should be known that this singular act of Zabarmari was a calculated attempt to instill fears among farmers and jeopardize the frantic efforts of returning internally displaced persons (IDPs) to their localities by the Borno State government under the leadership of Governor Babagana Zulum.

“Our heartrending condolences go to the families of those martyred in the Zabarmari massacre, the people and government of Borno State and Nigeria in general. “We nevertheless, once again, call on the Federal Government to rise up to its responsibilities and do well beyond the traditional condemnation, as lip service(s) on security matters should stop. Nigerians are desperately yearning for concrete actions.

“Thus, we call on government to: always identify with victims and places of attacks by being physically on ground to commiserate with the people. A national broadcast after the visit is very necessary. Reprimand/ prosecute officials that are found wanting in the discharge of their assignment(s), so as to serve as deterrent to other nonchalant officials. “Collaboration with relevant security agencies with a timeline to bringing an end or at best decapitate all security threats bedevilling the country and also mop small arms and light weapons in the hands of criminals or else Nigeria will continue to witness the rise of arms proliferation for self-defence amongst Nigerians since the government failed to do so.

“Spare no genuine effort to immediately provide support to all the affected communities, as many are now displaced, becoming IDPs in their own land, which further speaks volumes, considering the attendant social nuances often associated with IDP camps,” he added.

0 comments on “Sultan: Bandits Now Set Rules That Must Be Obeyed”