Sunday Igboho: I Will Soon Visit All Southwest States To Issue Quit Notices To Fulani Herdsmen 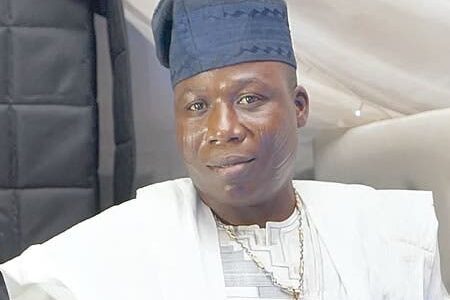 Yoruba cultural activist and a freedom fighter, Mr Sunday Adeyemo, popularly called Sunday Igboho on Monday said that he will soon visit all the Southwest states to issue quit notices to Fulani herdsmen.

Sunday Igboho warned Fulani herdsmen to keep off Southwest zone saying, enough is enough on the killing of Yoruba people.

Igboho who dropped the warning while featuring on Rave FM in Osogbo during a “Talk Show, Frank Talk”, declared Southwest zone as a no-go area for them to perpetrate evil any longer.

“I will soon visit Osun, Ekiti, Ogun, Lagos and Ondo and Kwara. Anywhere the herders are in Yoruba land will be visited to give quit notice. We shall no longer live like a slave on our land. Many of our people who are abroad can’t come home because their security is not guaranteed,” Sunday Igboho said.

He added that “I am not scared of anybody. I am fighting for the peace of my zone and enough is enough on the killing of Yoruba people by Fulani herdsmen on our territories.”

Sunday Igboho disclosed that he had a very good relationship with the Amotekun, Odua Peoples Congress, hunters and so on in the zone.

He charged the Southwest governments to pay the Amotekun corps very well and equip them effectively for crime-fighting in the society.

Commenting on his alleged arrest proposed by the Federal Government, he said: “They dare not try it because I am only tackling those who are fighting, killing, raping and kidnapping my people. If the government is not ready to do the rightful thing, we will help them to do such.”

He alleged that “On many occasions, the Seriki of Igangan conspired with the kidnappers to collect ransom from my people. Those herdsmen also raped my people who can’t pay the ransom and even killed whosoever challenged their inhuman acts.”

Sunday Igboho, however, called on all Yorubas to be united in waging war against insecurity and other nefarious activities in the zone.

He appreciated all traditional rulers in the land for their constant cooperation in combating crime in the society.

0 comments on “Sunday Igboho: I Will Soon Visit All Southwest States To Issue Quit Notices To Fulani Herdsmen”