The Putin Doctrine? How the ideas of a 20th century thinker ostracized by the Soviets help to shape Russia’s new foreign policy 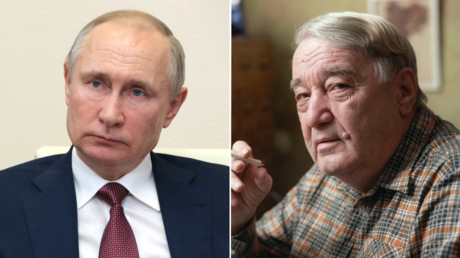 In recent years, Vladimir Putin has mentioned several times the ideas of Lev Gumilev – one of the fathers of modern Eurasianism – in the context of the roles of civilization and cultural factors in Russian domestic politics.

Before analyzing this doctrine’s key points and potential international consequences, let me take a step back to briefly trace its roots. Why Gumilev, and why now?

Lev Gumilev was the son of Russian literary icon Anna Akhmatova and Nikolay Gumilev, a tsarist officer and poet. He became a prominent social geographer, ethnographer, and anthropologist whose work focused on the role of culture, history, geography, and spirituality in the process of the formation of the Russian nation. He was an exponent of Russian uniqueness and greatness.

Such thoughts were not popular with the leaders of the multinational Soviet Union and the authorities rejected his ideas, while banning most of his texts from publication. However, he finally attracted mainstream public attention during the Perestroika years, in the late 1980s.

Being a unique civilization does not, according to Gumilev, preclude the acceptance of either European values or political multipolarity. His views provide a template, as British journalist Charles Clover has argued in the Financial Times, “for a synthesis of nationalism and internationalism that could form the founding idea of a new Eurasia, a singular political unit enjoying much the same frontiers as the USSR.” Gumilev’s Russia has its own great destiny but should be open to inter-civilizational dialogue. This stands in stark contrast to some more extreme and closed versions of neo-Eurasianism.

For a conservative politician like Vladimir Putin, leading Russia during a period of worldwide turbulence, Gumilev’s mix of cultural and spiritual-based prophesy of Russian greatness has served as a good foundation for Putin to suggest that the civilizational uniqueness of Russia can be used in not only the domestic but also the international agenda. Thus, Putin proposed that Russian civilization can become a frame of reference for relations with neighboring countries.

In other words, he has proposed that history, culture, and faith are de facto fundamental alternative bonds that unite Russia, Ukraine, and Belarus in addition, alternation, or even contrary to the level of state-to-state relations.

Basically, Putin put forward four propositions. First, he acknowledged that history matters a lot in international relations, as “Russians, Ukrainians, and Belarusians are all descendants of Ancient Rus, which was the largest state in Europe,” creating a very strong unifying foundation for their statehood and nation-building. Secondly, the fact Russian civilization embraced simultaneously three nations and Soviet policies disrupted that: “[…] Soviet national policy secured at the state level the provision on three separate Slavic peoples: Russian, Ukrainian and Belorussian, instead of the large Russian nation, a triune people comprising Velikorussians, Malorussians and Belorussians.” Thirdly, he argued that […] modern Ukraine is entirely the product of the Soviet era: “We know,” writes Putin, “and remember well that it was shaped – for a significant part – on the lands of historical Russia.” Finally, he proposed that cultural, spiritual and historical unity is disrupted by the current Ukrainian political elites.

I will leave it for the historians, anthropologists, and sociologists to discuss Putin’s historical claims about past relations between Russia and Ukraine, and I am sure his arguments will stir a lot of heated debate among them.

But what is most interesting from an international relations perspective are the ideas that form the foundation of Putin’s new Russian IR doctrine, which treats civilization as a potent frame of reference in inter-state relations. In the cases of Russia, Ukraine, and Belarus, cultures may exceed other formal associations. “Russians, Ukrainians, and Belarusians,” writes Putin, “are [all] the heirs of Ancient Rus, which was the largest state in Europe.” The suggestion here is that civilizational bonds might be more stable, deeper, and even more human than inter-governmental relations based on national interests and intermediated by the three countries’ current political leadership.

Putin’s article opens at least four interconnected avenues for interpretation of how Russia may behave internationally and structure her relations with the immediate neighborhood.

It may signal that Russia is joining other powerful actors like China, India, Iran, and other “revisionist states” in viewing world politics as entering a new era defined by the multiplicity of cultural and civilizational discourses, in which civilization becomes one of the crucial elements in the new structure of international relations (in addition to states, international organizations and law, and regional/global social movements).7

It may suggest that the Russian leader believes that the long period of the last three centuries in which the West has been a dominant economic, cultural, and political force is not only ending but is being replaced by a new paradigm. This paradigm features the emergence of the civilizational model of international relations and regional dialogue, in which cultural/civilizational similarities and differences will possibly influence global patterns of collaboration, confrontation, and dependence.

It also may mean that in the world of civilizations, some smaller- and mid-sized states (like Belarus or Ukraine) will have to make crucial choices that may reshape the current form of geopolitics based on power relations to fit a model based on adherence to a regionally or globally dominant civilization.

Given that civilizations are becoming an essential element of global politics, Russia, Ukraine, and Belarus will need to square the circle between rational and cultural/spiritual factors that influence the evolving inter-state dialogue with Ukraine and Belarus. This need arises because civilizations encompass religious, cultural, subconscious, and historical considerations – as described by Putin’s paper – that may become an important factor in the political decision-making. Civilization rests on its participants’ faith in joining a specific stream of history. While the final historical destination is unclear, an embedded sense of belonging forms the base upon which members of a civilization ground their sense of purpose 1. So, the choice of being together or separate (in the case of Ukraine and Belarus) is mostly the choice of the people rather than the political establishment of the day.

It remains to be seen whether Putin’s intention was to outline a framework for a coherent civilization-based approach – a doctrine of international relations – that starts with Ukraine and Belarus and will then be applied to other countries. For now, his article has provided us with a lot to think about when it comes to the shift in Russia’s framing of her approach to the immediate neighborhood.

0 comments on “The Putin Doctrine? How the ideas of a 20th century thinker ostracized by the Soviets help to shape Russia’s new foreign policy”