Tinubu surfaces, denies sneaking out of the country 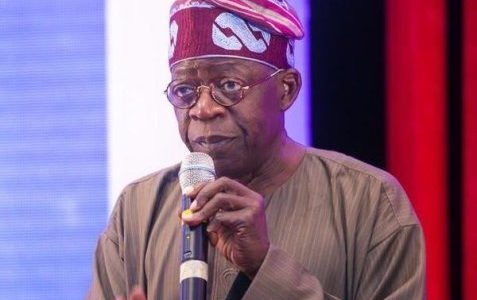 National leader of All Progressives Congress (APC), Senator Bola Ahmed Tinubu, on Saturday was at State House, Marina on a visit to Governor Babajide Sanwo-Olu, denying reports that he sneaked out of the country to France in the wake of the #Endsars protests in the country.

Tinubu was on the visit to commiserate with Governor Sanwo-Olu over the sad turn of events which has left many persons dead and several others injured, with many properties looted or destroyed in the state.

The former Lagos governor who was responding to questions from newsmen insisted that he never stepped out of the country, contrary to reports circulating, saying he is a Lagosian who still holds the title of Asiwaju of Lagos as well as the Jagaban Borgu.

“I didn’t go nowhere. I’m a Lagosian. I still hold the title of the Asiwaju of Lagos, and I’m still the Jagaban,” he said.

Tinubu, who spoke after the visit, said he came to commiserate with the Lagos State government and show sympathy with those victims as well as seek his permission to visit some of those victims of Lekki Toll Gate Plaza if they were still in the hospital.

“I came to commiserate with the government and sympathise with those victims through him and to seek his permission to visit some of those victims if they are still there in the hospital since he made the announcement, to assume the responsibility for payment and all that, how and what can we do to help him,” Tinubu said.

0 comments on “Tinubu surfaces, denies sneaking out of the country”