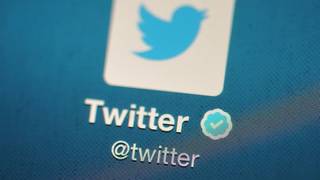 Twitter has frozen its verified user accounts following what may be the largest security breach in the company’s history, seeing a wave of high-profile figures swept up in an apparent bitcoin scam.

While the platform acknowledged the series of hacks on Wednesday afternoon, saying it was investigating the incident, another missive posted by the company soon after informed users they may be unable to Tweet or reset their passwords as it tried to address the issue.

Some accounts, including RT’s own verified handle, have received error messages when attempting to post, with the platform warning it had detected “automated” or “malicious”activity.

Wednesday’s hacks swept up a spate of famous public figures, including billionaires, celebrities and politicians.

The accounts of Elon Musk, Bill Gates, Kanye West, Barack Obama and Joe Biden, among others, were hijacked in what appears to be a coordinated cyber attack, each sending out tweets looking to scam users out of their bitcoin and racking up more than $118,000 in the process.

Twitter has yet to confirm exactly who would be affected in the mass account freeze or how far it would reach, though it appears only verified ‘blue check’ accounts have been disabled so far.

Later on Wednesday evening, a meteorologist with the National Weather Service said the organization’s branch in Lincoln, Illinois was barred from announcing a tornado warning on the platform, suggesting the freeze had a greater impact than merely stopping celebrities from sharing their opinions.