UI mourns student who died after falling into soap-making machine 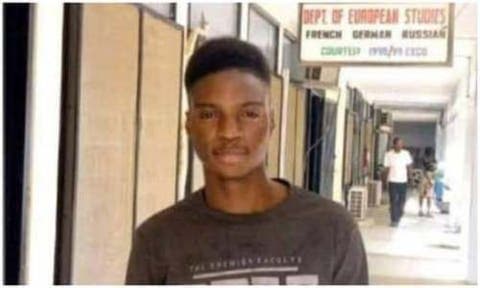 FOLLOWING the unfortunate death of Gbadebo Richard, a 21-year old 300 level student of European Studies of the University of Ibadan on Monday, the management of the institution has commiserated with the deceased family.

Late Gbadebo Richard, was reported to have died after falling into a soap-making machine at a factory owned by Henkel Nigeria Limited, makers of WAW detergent and bar soap.

In a condolence message to the deceased family, during a telephone interview with Vanguard, by the university’s Director of Public Communication, Mr. Olatunji Oladejo, the institution expressed deep regrets over the unfortunate incident that led to the death of Gbadebo Richard.

“Late Gbadebo Richard was a student of the University of Ibadan. Our Students’ Union members have been there to condole with the family.”

“We pray to Almighty God to give the family the fortitude to the great loss and may the would of the deceased rest in peace,” the institution prayed.

According to available reports, late Richard, an operator, was on a holiday job at the factory located in Oluyole, Ibadan, due to the closure of schools caused by COVID-19 pandemic, while he unknowingly slipped into the machine that took his life when on the night shift.

It was reported the other workers were not aware until they saw blood coming out through the other side of the machine, while it was further gathered that the father of the deceased retrieved the corpse from the premises of the company and the remains were subsequently buried on Wednesday.