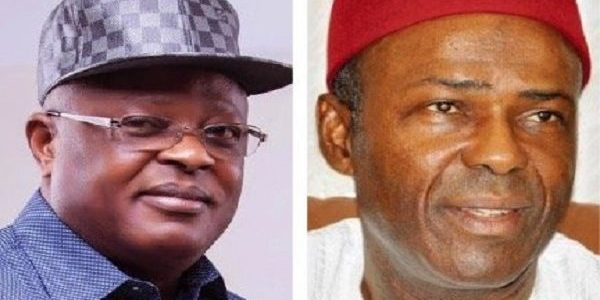 A Coalition of Igbo Youth Groups and Ohanaeze Ndigbo Youth Council Worldwide at the weekend identified Science and Technology Minister Dr Ogbonnaya Onu and Ebonyi Governor David Umahi as best Igbo candidates for the Presidency in 2023.

The groups stated this after their joint meeting in Abakiliki, Ebonyi state capital.

A statement by OYC President, Okechukwu Isiguzoro, affirmed Umahi and Onu are widely acceptable and accessible, making them the best presidential materials.

“Both are transparent in governance, with proven track records of achievements and without questionable criticism from any quarter to become President Muhammadu Buhari’s successor in 2023,” they added.

The youth groups said they zeroed in on the two after receiving recommendations of Ohanaeze Ndigbo Youth Council Worldwide on the lists of possibly candidates with certified values for competence, ingenuity and corruption-free as the cardinal points of choosing the best candidates.

They said: “The Chairman of Southeast Governors Forum and Governor of Ebonyi State, David Umahi,is the jewel of the Southeast with evidence of infrastructural development in Ebonyi. He is the best performing Governor in Southeast and he is eminently capable to be PDP presidential candidate in 2023.

“Dr Ogbonnaya Onu is a first class scientist, a former Governor of Old Abia, won the defunct APP Presidential ticket in 1998, the former National Chairman of defunct ANPP,  the arrowhead of the merger of three political parties that formed APC and the Minister of Science and Technology, with impeccable leadership qualities, tested and trusted, a great Nigerian patriot and without any  trace of corruption allegations for decades, he is the most consistent Southeast politician and well acceptable across Nigeria.

“These are the best presidential materials and candidates Igbo youths present to Nigerians at the moment, there are millions of capable prominent Igbo politicians and technocrats who are more qualified to be President Muhammadu Buhari’s successor in 2023 but many of them are handicapped either by pending corruption charges by EFCC or there is no visible evidence of political structures to actualize their ambitions or linked with incompetence in their stewardship.