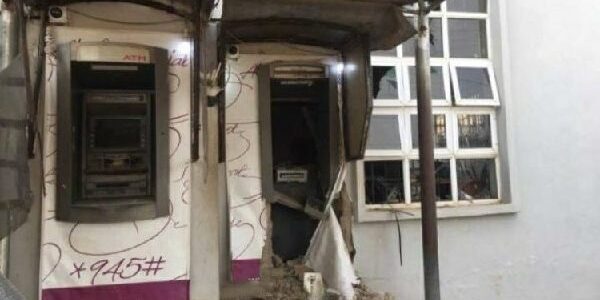 There was palpable tension in the Okuku capital of Odo-Otin Local Government Area, Osun State on Thursday when robbers invaded a new generation bank in the community and killed two persons.

The Nation gathered the robbers invaded the bank around 3:10pm and started shooting indiscriminately to scare residents away from the area.

A resident of the community, who does not want to be named, said: “The operation lasted for about 40 minutes. I was around the Local Government Secretariat when I started hearing gunshots. It was a very terrible incident today because people were running for safety.

“I learnt the robbers entered the bank during the attack. After the robbery fear still gripped the community. The police later visited the scene to restore peace.”

It was learnt the robbers after the operation, escaped through Iba road.

She said: “The Commissioner of Police, Mr Olawale Olokode, has led a team of police to the scene of the crime to dislodge the armed robbers and for possible arrest.”

The coordinator of Odua Peoples Congress (OPC), Osun State, Prince Deji Aladeshawe, said they were trailing the robbers for arrest with the help of the police.